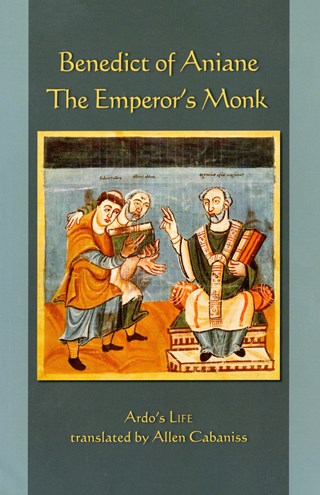 Given the task of reviving monasticism and imposing uniformity throughout the Carolingian Empire, Witiza, a Visigothic lord became monk with the name Benedict, and read and compared all the existing monastic rules he could. Despite his own preference for rigorous austerity, he settled on the Rule of Saint Benedict, composed for beginners or the sick as the guide most suited to his countrymen. Its imposition, with accompanying legislation issued at the reforming synods of Aachen early in the ninth century, made the Rule of Benedict as interpreted by the second Benedict the monastic norm in the west and the sole monastic rule for nearly three centuries.

The late Allen Cabaniss was University Professor of History at the University of Mississippi.

Cistercian Publications is to be congratulated for reprinting Cabaniss' translation along with the most up-to-date scholarship.
American Benedictine Review

In Benedict of Aniane: The Emperor's Monk, Allen Cabaniss has deftly translated Ardo's biographical account of this venerable and influential figure in European Christian history and made this remarkably and singular life accessible to a whole new generation of readers. Benedict of Aniane is a significant and recommended addition to personal, ecclesiastical, and academic library Christian History reference collections and reading lists.
Midwest Book Review