Translated, with an Introduction, by David Goldfrank 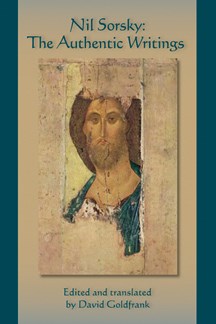 Nil Sorsky (1433/34-1508), founder of the Sora Hermitage and initiator of 'scete’ life in among Russian Christians, is closely identified with the Orthodox contemplative prayer known as hesychasm, 'stillness.’  In these translations, Nil’s own voice speaks across five hundred years to modern readers. The introduction and notes accurately place him within the Russian monastic tradition and identify the Slavic sources on which he drew. This introduction to the life and works of pre-modern Russia’s outstanding teacher and writer allows English readers to share in celebrations of the 500th anniversary of Nil’s death, to be marked in Russia by a symposium in the cloister of first his tonsure, by special seminars, and learned conferences.

David Goldfrank, a specialist in Russian studies, is Professor of History at Georgetown University. His previous translation and study of fifteenth-century Russian monasticism, The Monastic Rule of Iosif Volotsky, was first published in 1983 and revised and reissued in 2000.