"The Lives of Monastic Reformers, 1" 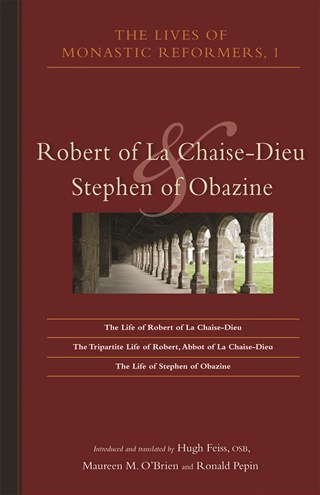 The period between 1025 and 1150 was a time of creativity and new beginnings in monastic life. Robert of La Chaise-Dieu and Stephen of Obazine established two very successful monastic families in the neighboring regions of the Auvergne and Limousin respectively. La Chaise-Dieu became the head of a vast Benedictine congregation; Obazine had a number of dependencies. With them it joined the Cistercian Order in 1147. The saintly lives of these two founders, recounted by near contemporaries and here translated into English for the first time, unfolded against a backdrop of political unrest and lawlessness. While devoting themselves to monastic life according to the Rule of St. Benedict, these communities served the poor and uprooted. Both reformer monks are models and inspiration for our era, which too calls for creativity and new beginnings.

Dr. Maureen M. O'Brien, an assistant professor of history at St. Cloud State University, is a specialist in the history of La Chaise-Dieu and has edited several books for Cistercian Publications.