Through the Year with the Desert Fathers and Mothers 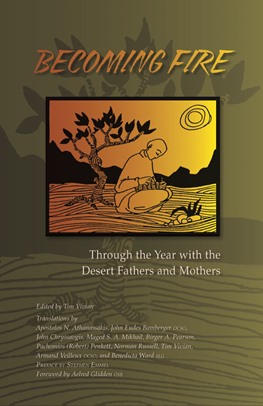 The sayings of the desert monks of the fifth and sixth centuries amaze, and startle, readers by their wisdom. They teach us—among other things—that the first step in overcoming our sinfulness is an honest perception of things as they are. Rather than reading through them quickly in gulps or dismissing them as fascinating, but far-distant and now irrelevant, historical texts, people today who read them as the ancients did, slowly and reflectively, will still learn from the insights they offer us across the centuries.

By arranging these 'words' in short daily readings, Tim Vivian invites modern readers to savor the monks' advice, as did those men and women who visited the monks and nuns and who collected their sayings as guides to Christian living.

Tim Vivian is an Assistant Professor of Religious Studies at California State University, Bakersfield. He is the author of numerous books and articles on early Christian monasticism, including The Life of Antony (with Apostolos N. Athanassakis) and Words to Live By: Journeys in Ancient and Modern Egyptian Monasticism, both published by Cistercian Publications.

Anyone familiar with this always intriguing, often provocative yet consoling literature will smile at hearing again well-loved, well-known sayings. . . . I am grateful not only to Tim Vivian and the other translators for bringing these words to us but also to Cistercian publications for making them available in this excellent volume.
Cistercian Studies Quarterly

The desert tradition is a tradition for our time, and we could do worse than allow the wisdom of the desert to shape our Christian sensibility. After all, we, too, live in a wilderness-cities and suburbs can be a wilderness just as much as any desert-and the fathers and mothers can help show us the way. Savor this book and pray with it: it is really worth it.
Episcopal Life

This is a fascinating and inspiring collection.
CR

Becoming Fire would make a good addition to any Christian's library . . . here is a whole book full of good words.
Commonweal

Savor this book and pray with it: it is really worth it.
The Very Reverend Peter Eaton, Saint John's Cathedral, Denver, Colorado

This book is indeed for all those who want to deepen their spirituality by entering into this wisdom of the desert day by day, story by story.
Catholic Books Review