Anticimenon: On the Unity of the Faith and the Controversies with the Greeks 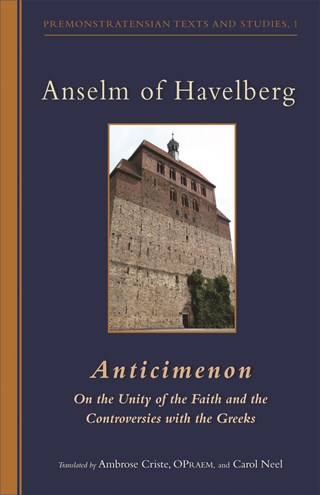 The Anticimenon of Anselm of Havelberg is both the outstanding medieval work on ecumenical dialogue with the Orthodox and one of the period's most important explorations of the theology of history. This text's author was a bishop on Christianity's eastern frontier and companion to Norbert of Xanten, saint-founder of the Order of Prémontré Anselm grounded both his zeal for the union of the churches and his vision of the Holy Spirit's role in secular events in the renewal and purification advocated by the twelfth-century reformation. The present volume, the first English translation of Anselm's Anticimenon, sets his work in the context of the early Premonstratensian (Norbertine) thought integral to the reform movement of his time. It renders Anselm's powerful voice audible to a modern English-speaking readership yearning, with him, for unity in the Church and understanding of the Holy Spirit's agency in human experience.

Ambrose Criste, OPraem, received his licentiate from the Gregorian University in Rome and is a member of St. Michael's Abbey in Orange County, California.

Carol Neel is professor of history at Colorado College and has published several translations and commentaries on medieval spiritual texts.