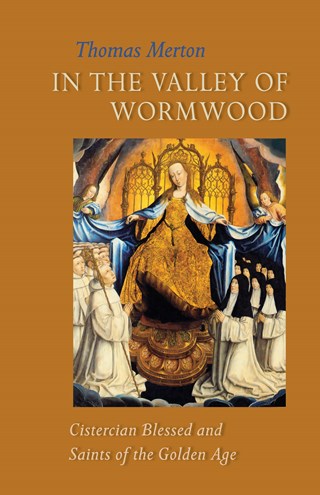 In the Valley of Wormwood

Cistercian Blessed and Saints of the Golden Age
Thomas Merton; Edited with an Introduction by Patrick Hart; Foreword by Brian Patrick McGuire

Shortly after entering the monastic life in December 1941, a relatively unknown Trappist monk called Frater Louis-who would later be known to the world by his given name, Thomas Merton-began to pen biographical sketches of early Cistercian blessed and saints. These were initially collected, printed, and bound inexpensively, with no mention of the author, by the Abbey of Gethsemani. They are now published here for a wide audience for the first time.

This work of the very young Merton perhaps takes on added significance when one considers the writing that lay just ahead of him at the time. In 1948, his autobiography, The Seven Storey Mountain, was published and soon became an unexpected national bestseller. This long-awaited publication of In the Valley of Wormwood offers a window into Merton's thinking and his spiritual life just a few years before his phenomenal autobiography would see the light of day.

Thomas Merton (1915–1968) was a monk of the Abbey of Gethsemani, Kentucky. He was a renowned writer, theologian, poet, and social activist.

Patrick Hart, OCSO, a native of Green Bay, Wisconsin, entered the Abbey of Gethsemani in 1951 and served as secretary to Thomas Merton during the last year of his life. He has edited many books by and about Thomas Merton during the thirty-eight years since the latter's death on December 10, 1968. He has served on the board of directors for Cistercian Publications for the past thirty years.

"We are grateful to have this collection of lives of some of the early Cistercian saints compiled by the young Thomas Merton. It provides names and places from the monastic tradition for some of that `cloud of witnesses' (Heb 12:1) who make up the history of Christian holiness. This volume is a worthy, long overdue addition to the capacious body of Mertoniana as well as a welcome contribution to hagiography."
Lawrence S. Cunningham John A. O'Brien Professor of Theology, Emeritus The University of Notre Dame