Following the Footsteps of the Invisible 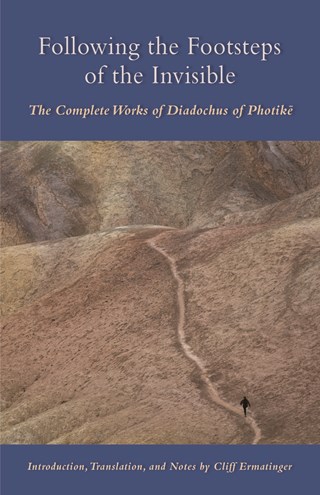 Fifth-century Christianity was a theological battlefield. With the Messalian heretics and their experientialist spirituality on the one side and the intellectualist school on the other, representatives of both extremes found themselves condemned by the Church. In this milieu of subjectivist notions of grace and negative anthropology, there appeared a true mystic, Diadochus, Bishop of Photike in Epiros. His is a theology whose two poles are God's grace and man's ability to cooperate with it by way of discernment of spirits. Diadochus's ability to salvage what was orthodox from the Messalians and the intellectualists proves that, rather than a reactionary, he was a true theologian capable of synthesis, open to the truth even if found in his adversary, and yet firm in his faith, unwilling to compromise. He is among the earliest witnesses of the Jesus Prayer.

Diadochus is the most important spiritual writer of his century, whose influence can be found in the writings of Maximus the Confessor, Simeon the New Theologian, Gregory of Palamas, and the author of The Way of the Pilgrim.

This is the first translation of his complete works in English.

Cliff Ermatinger is a Chicago native and works as associate pastor of two parishes in that archdiocese. He is the author of several books on Byzantine and Carmelite spirituality as well as one on philosophy. He has written articles for Spanish, English, and German language periodicals. Along with his priestly duties, he coaches rugby, fly fishes, and competes as a bagpiper in Highland Games throughout the U.S.