The Origins of an Antiochene Church 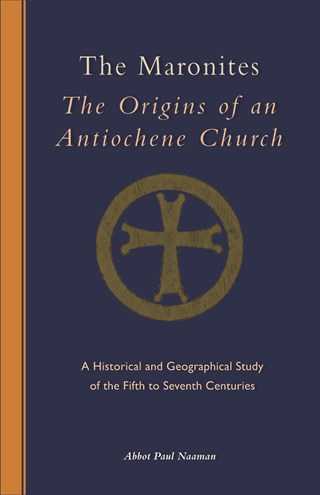 The Maronite Church is one of twenty-two Eastern Catholic Churches in communion with the Pope of Rome. Her patriarch is in Lebanon. Forty-three bishops and approximately five million faithful make up her presence throughout the world.

The story of Maron, a fifth-century hermit-priest, and the community gathered around him, later called the Maronites, tells another fascinating story of the monastic and missionary movements of the Church. Maron’s story takes place in the context of Syrian monasticism, which was a combination of both solitary and communal life, and is a narrative of Christians of the Middle East as they navigated the rough seas of political divisions and ecclesiastical controversies from the fourth to the ninth centuries.

Abbot Paul Naaman, a Maronite scholar and former Superior General of the Order of Lebanese Maronite Monks, wisely places the study of the origins of the Maronite Church squarely in the midst of the history of the Church. His book, The Maronites: The Origins of an Antiochene Church, published during the sixteenth centenary of Maron’s death, offers plausible insights into her formation and early development, grounding the Maronite Church in her Catholic, Antiochian, Syriac, and monastic roots.

Abbot Paul Naaman is a Maronite scholar and former Superior General of the Order of Lebanese Maronite Monks.

The Maronites is an excellent addition to any study of the many Christian faiths around the world.
The Midwest Book Review