Moral Reflections on the Book of Job, Volume 4 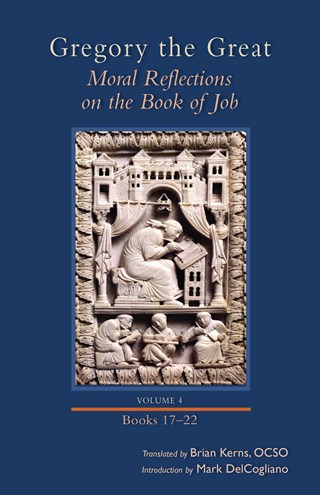 This fourth volume, containing books 17 through 22, provides commentary on eight chapters of Job, from 24:21 through 31:40.

Br. Brian Kerns has been a Trappist for sixty years, seventeen years at the Abbey of Gethsemani in Kentucky, and the rest at the Abbey of the Genesee in upper New York state, interrupted by a year at Oxford, North Carolina, and five years at Genesee's foundation of Novo Mundo in Parana, Brazil. He hails originally from Pottsville, in the anthracite coal region of Pennsylvania. For many years he worked in the library at Genesee and Novo Mundo, and he has interested himself in various translation projects, among which is the life of Dom Gabriel Sortais, abbot general of the Trappists in the early 1960s. That volume has also been published by Cistercian Publications, in the Monastic Wisdom series. The first three volumes of his translation of Gregory the Great's Moral Reflections on the Book of Job were published by Cistercian Publications in 2014, 2015, and 2016.

"I give this book a high recommendation, both for its readable and accurate translation, and because it brings together a noteworthy saint and a timeless biblical book, both of which originated during a troubled time like ours. Essential reading for enthusiasts not only of the writings of St. Gregory, but of the book of Job, as well."
Karl A. Schultz