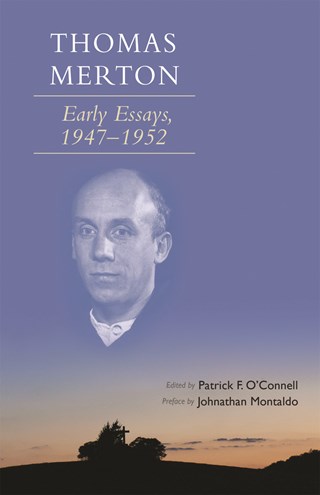 This volume gathers together twelve essays that Thomas Merton wrote for various journals between 1947 and 1952, the years that saw the publication of his best-selling autobiography The Seven Storey Mountain, his ordination to the priesthood, and his initial appointment as spiritual and intellectual guide of the young monks at the Abbey of Gethsemani. The essays, most of which have never been reprinted, focus above all on aspects of the contemplative life but also consider the spiritual dimensions of literature and the social implications of Christian life.

Issued to coincide with the one hundredth anniversary of his birth in 2015, this collection brings to fruition at long last Merton's own original plan of publishing these essays as a group and so makes available a previously little recognized and underutilized resource for understanding and appreciating a crucial transitional phase in his life as both monk and writer.

Patrick F. O'Connell is professor of English and theology at Gannon University in Erie, Pennsylvania. A founding member and former president of the International Thomas Merton Society, he edits The Merton Seasonal and is coauthor of The Thomas Merton Encyclopedia. He is the editor of Thomas Merton: Selected Essays (2013) and has also edited eight volumes of Thomas Merton's monastic conferences for Cistercian Publications' Monastic Wisdom Series, most recently, The Cistercian Fathers and Their Monastic Theology (2016).

"I found this short volume of essays inspiring precisely because it exhibits how a great thinker and spiritual master himself developed and matured. It is a beckoning call to all of us who live amidst so much change today."
Timothy Joyce, OSB, American Benedictine Review