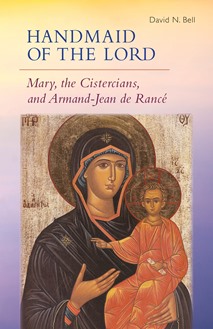 In this book, David N. Bell explores what Cistercian writers and preachers have said about Mary from the time of the founding fathers of the Order to Armand-Jean de Rancé, who introduced the Cistercian Strict Observance and who died in 1700. This work is divided into three parts. The first part presents some necessary, selective background material on Mary that is necessary for understanding where the Cistercian writers are coming from and the sources and ideas they are using. The next eight chapters, the second part of the book, examine the Marian ideas of Cistercian writers from Bernard of Clairvaux to a number of visionaries, both male and female, who take us to the very end of the thirteenth century. There is then a gap of more than three centuries—the reasons are given at the end of chapter 12—before we arrive at the birth of Armand-Jean de Rancé in 1626. The final chapters—part 3 of the book—summarize the life of Rancé, examine the place of Mary at La Trappe, and present annotated translations of Rancé’s five conferences for three Marian feasts, those of the Nativity of Mary, the Annunciation, and the Assumption.