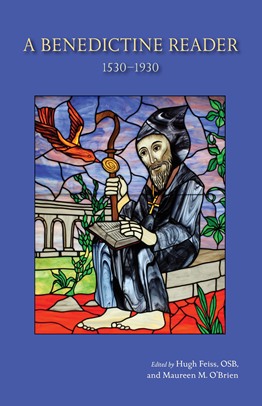 A Benedictine Reader shares the treasures of the Benedictine tradition through the collaboration of a dozen scholars. It provides a broad and deep sense of the reality of Benedictine monasticism using primary sources in English translation. The texts included are drawn from many different genres and originally written in six different languages. The introduction to each of the chapters aims to situate each author and text and to make connections with other texts and studies within and outside the Reader.

This second volume of A Benedictine Reader looks at Benedictine monks and nuns from many angles, as founders, reformers, missionaries, teachers, spiritual writers and guides, playwrights, scholars, and archivists. In four centuries, they went from Bavaria to North America and Africa, from England and Spain to Australia, adapting to new environments. Committed to the liturgy by their profession, they played an important role in the liturgical renewal that culminated at Vatican II. Rooted in God, church, and their surroundings, they showed remarkable resilience in the face of wars, confiscations, suppression, and exile. Their impact has been deep and stabilizing, and their story is a microcosm of the history of the church in modern times.

Hugh Feiss, OSB, is a monk of the Monastery of the Ascension in Jerome, Idaho. He earned his licentiate in philosophy and a doctorate in theology at Sant’Anselmo. He served as managing editor and contributor for the series Victorine Texts in Translation (Brepols). He published Essential Monastic Wisdom, a thematic anthology of Benedictine and Cistercian texts (Harper-San-Francisco, 2000). For Cistercian Publications he has translated works of Peter of Celle and Achard of Saint Victor and collaborated on Saint Mary of Egypt: Three Medieval Lives in Verse, and The Lives of Monastic Reformers, 1 and 2. He was co-editor and contributor of A Benedictine Reader, 530–1530 (Cistercian Publications, 2019).

Maureen M. O’Brien is a professor in the Department of History at Saint Cloud State University, where she teaches ancient and medieval European history. She edited Stephen of Muret’s Maxims (CS 177), Bernard of Clairvaux’s The Parables and The Sentences (CF 55), and A Benedictine Reader: 530–1530 (CS 275), and she collaborated with Hugh Feiss, OSB, and Ronald Pepin on The Lives of Monastic Reformers, 1 and 2 (CS 222 and 230).

"This is a striking and unique book covering a long period of Benedictine history through the use of unusual and original sources. It demonstrates the richness of the ageless Benedictine spirit in its many forms. Giving a succinct and clear context for all the primary texts chosen, it will provide readers with a valuable encyclopedia of Benedictinism in one volume."
Abbot Geoffrey Scott, Douai Abbey UK, President of the Catholic Archives Society

"The second volume of A Benedictine Reader is a welcome sequel to the first volume which covered the period from 530 to 1530 CE. That volume introduces lay readers to a wealth of writing by Benedictines, writings with which we might otherwise never have come into contact. The second volume begins where the first leaves off and takes us through the early part of the twentieth century. Like the first, the second volume includes a striking diversity of writings produced by Benedictines. From the sixteenth and seventeenth centuries we find spiritual exercises from The Practice of the Rule of St. Benedict, but also an address to the French Estates General advocating religious toleration, and excerpts of a book on the use of sign language in the education of the deaf. From the eighteenth century we have a play to be performed by abbey schoolboys, The Marriage Contract. From the nineteenth and twentieth centuries we find excerpts from a book on the liturgical year, writings of and about Benedictine missionaries to Australia and Tasmania, North America, and Africa, and a statement of principles on liturgy and social justice. The editors and translators of A Benedictine Reader: 1530-1930 are to be commended for revealing Benedictines at work through the centuries, reflecting on, reforming, and re-imagining their living tradition."
M. A. Norton, Senior Lecturer in Philosophy, Idaho State University