A Christian Primer of the Spiritual World 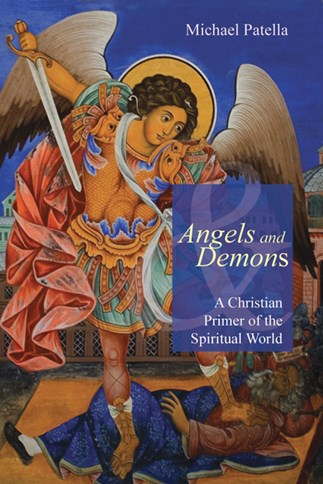 The supernatural world is prominent in many of today's movies, television shows, novels, and the popular imagination. But some of what is presented as grounded in a Christian worldview is in fact far from that. In Angels and Demons, Michael Patella, OSB, offers an accessible and fascinating look at supernatural realities as they really are presented in the Bible and Christian tradition. Among the topics Patella explores with a valuable combination of pastoral wisdom and academic rigor are:

Readers will appreciate Patella's level-headed appraisal of the views of the supernatural world in the various sections of the Bible. They will be engaged by his lucid account of "Who's Who in Hell." They will be both comforted and inspired by his foundational conviction that Christ has claimed creation for the forces of good, evil is on the run, and there is no chance of the tide ever turning the other way, evil actions and human suffering notwithstanding.

Michael Patella, OSB, SSD, is a professor of New Testament at the School of Theology•Seminary of Saint John's University, Collegeville, where he also serves as seminary rector. He is the author of The Death of Jesus: the Diabolical Force and the Ministering Angel (Paris: Gabalda, 1999), The Gospel according to Luke of the New Collegeville Bible Commentary Series (Liturgical Press, 2005), and The Lord of the Cosmos: Mithras, Paul, and the Gospel of Mark (T&T Clark, 2006). He has been a frequent contributor toThe Bible Today and also served as chair of the Committee on Illumination and Text for The Saint John's Bible. He is a member of the Catholic Biblical Association.

This is a timely book with a lot of good theological sense.
Donald Senior, CP, The Bible Today

Angels and Demons is a concise and thoughtful review of the spirit world and its involvement in the material world as seen through the Catholic lens. It provides a good framework to educate oneself in the reality of Satan, his biblical and extra-biblical manifestations, and a correct reading of the demonic presence in the world.
Fr. Gary Thomas Vatican-certified, practicing exorcist, Subject of the book The Rite: The Making of a Modern Exorcist

This is an uncommonly helpful book, a breath of fresh air for anyone weary of sentimentalized angels and sensationalized demons. Holding fast to scripture and Christian tradition, Fr. Patella offers useful definitions of purgatory and the communion of saints, and more importantly, invites us to a better understanding of the spiritual world in light of the Incarnation of Jesus Christ.
Kathleen Norris, Author of Acedia and Me and The Cloister Walk