The Changing Face of the Priesthood

A Reflection on the Priest's Crisis of Soul 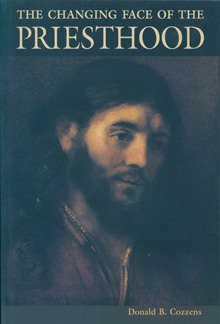 Few today would contest that the priesthood is in a state of crisis. The nature and implications of that crisis, however, remain the subject of considerable discussion and debate. In The Changing Face of the Priesthood, Fr. Donald Cozzens offers insight into the crisis by reflecting on the issues, challenges, concerns, and realities of the priesthood today.

The same year that Pope John XXIII surprised the Catholic world with his call for an ecumenical council, Cozzens began his formal study of theology. As a seminarian he felt the shaking of the priesthood's foundations. The very face of the priesthood was evolving even as he arrived at his first parish assignment. A generation later, the face of the priesthood continues to reveal new contours, fascinating features, and sadly, some tragic blemishes.

In The Changing Face of the Priesthood, Cozzens takes a long, honest look at the present state of the priesthood. He provides this examination not merely from an empirical, scientific perspective but also from a personal, pastoral perspective. Drawing on clinical data, church documents, and his nearly forty years of pastoral experience, Cozzens gives shape and form to the changing face of the priesthood. Through his reflections he leads readers to both concern and hope for the priesthood of the twenty-first century.

Chahapters are "Discovering an Identity," “Guarding One’s Integrity,” “Loving as a Celibate,” “Facing the Unconscious,” “Becoming a Man,” “Tending the Word,” “Considering Orientation,” “Betraying Our Young,” and “The Changing Face of the Priesthood.”