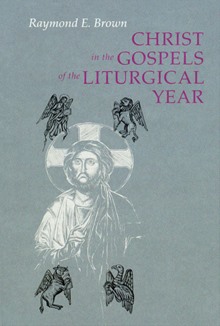 Christ in the Gospels of the Liturgical Year

A decade after the untimely death of renowned Scripture scholar Father Raymond E. Brown, SS, he continues to inspire and inform scholars and preachers, students and pastoral ministers, lay and ordained. It was only days after Father Brown's death that his final book was published by Liturgical Press. That book, Christ in the Gospels of the Ordinary Sundays, completed his six-volume series on preaching the Scriptures, a series that had begun in the mid-1970s with the publication of his popular An Adult Christ at Christmas. Those six volumes are collected here in one convenient commemorative edition to mark the tenth anniversary of Brown's death. Brown's work is left largely untouched, and readers will find that his wisdom is lasting. Yet Brown, being a scholar's scholar, would recognize the need for some enhancement in a work being republished some thirty years after the first volume appeared. Appropriately, then, this edition contains introductory essays by Brown's colleagues and friends John R. Donahue, SJ, and Ronald D. Witherup, SS, as well as useful indexes and a bibliography of resources for preaching the word of God in the context of the lectionary.

As Witherup notes in his preface, Brown had the rare capacity to simplify complex biblical studies in a manner that did not 'dumb down' the material but allowed it to be understood by a wide audience. . . . He did this in a fashion that was both inspiring and educational. That very broad audience—those who grew up with Brown, so to speak, as well as a whole new generation of readers and preachers of the word—will find this book to be a source of inspiration and knowledge that they will turn to again and again.

Raymond E. Brown, S.S., (1928—1998) was the Auburn Distinguished Professor of Biblical Studies at Union Theological Seminary in New York City. He was author of some forty books on the Bible and past president of three of the most important biblical societies in the world. By appointment of two popes (Paul VI in 1972, John Paul II in 1996) Brown was a member of the Roman Pontifical Biblical Commission. Time magazine called him probably the premier Catholic Scripture scholar of the U.S.