Pilgrim on the Way 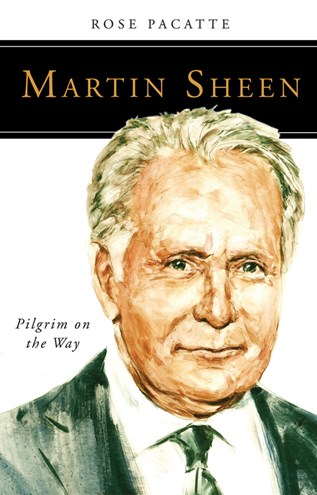 Martin Sheen, best known for his role as a Catholic president in the prestigious television series The West Wing, returned to the practice of his Catholic faith at the age of forty after decades away. After years of battling alcohol addiction, a near-fatal heart attack, and a nervous breakdown, the stage, film, and television actor renewed his dedication to his family and activated his faith with energy, grace, and joy. Through the sacraments, Mass, the rosary, the support of family, and numerous friends and peace and justice activists such as Daniel Berrigan, SJ, and the Catholic Worker Movement, Martin Sheen today sees himself as a man in the pew. He has been arrested more than sixty times for non-violent civil disobedience, speaking out for human rights. Sister Rose Pacatte's unique biography moves beyond tabloid news to include information and inspiring stories gleaned from interviews with Martin Sheen, his sister and brothers, as well as long time friends.

Sister Rose Pacatte, FSP, is a Daughter of St. Paul and the director of the Pauline Center for Media Studies in Los Angeles. Rose has an MA in Education in Media Studies from the University of London and a Certificate in Pastoral Communications from the University of Dayton. In addition to being a course designer and facilitator for the University of Dayton's online faith formation program, she does catechetical film reviews for RCL Benziger. She is the film columnist for St. Anthony Messenger, a regular contributor to the National Catholic Reporter on film and popular culture and host of the Jesuit-sponsored online program "The INNdustry with Sister Rose on the IN Network."

It is good to read the story about what drives Martin Sheen, surely a candidate for the nicest guy in Hollywood, and yet spurred by a righteous anger against injustice. Sheen was a celebrity activist before celebrity activism was cool, and it clearly comes from his heart, his faith, and his God. We should feel obliged to Sister Rose for sharing the behind-the-scenes story of what makes this man tick.
Mark Moring, former movies editor, Christianity Today magazine

God has given Sister Rose a gift for writing. I could hardly put down Martin Sheen: A Pilgrim on the Way. It's engaging and informative. I was impressed by the life of this fine man and remarkable actor. I pray that God will continue to bless Martin Sheen's journey of faith and goodness.
Sr. Germana Santos, FSP, Psychologist and Formation Director

Sr. Rose Pacatte's biography of Martin Sheen is a page turner. Sheen's spiritual journey is told against the background of family, acting career, social activism, and internal conflicts. Sr. Rose's intimate detailed account is moving, touching, humorous and real. The reader gets to know Sheen, his struggles and triumphs, his low points in life and the high points. What we get is the story of a pilgrim still on `the way' in his personal and spiritual life. But what a journey!
Ron Schmidt, SJ, Documentary producer, Hope Media Productions

Rose Pacatte's Martin Sheen: Pilgrim on the Way is easy to read and packed with new details that even longtime fans of Sheen are not likely to know. Her style is warm and her approach is personal. Sheen emerges as a passionate human being who never stops searching for his true self, which has led him into becoming a man for others.
Frank Frost, Director of Bernardin and other public television programs

In a world where "celebrity biography" has become synonymous with "scandlous tell-all," Sr. Rose Pacatte delivers something entirely fresh and urgent: a "spiritual biography" of a public figure. Martin Sheen: Pilgrim on the Way does not shy away from the darker moments in the actor's life, but puts them in the broader context of a bold Catholic journey, Sheen's continual search for both social justice and a much more personal truth. We come to understand this remarkably talented man in a way few celebrities allow: as a committed person of faith. Sr. Rose turns our expectations of celebrity upside down, compelling us to view her subject in a unique light.
Joe Ferullo, television executive and columnist for the National Catholic Reporter

This little book explores the mosaic of relationships that make up Martin Sheen's life and community. It is nourishing to the spirit to get glimpses of his struggles and hopes in challenging times. His faith and authentic caring shines throughout demonstrating that faith in action is at the heart of his commitment and his craft.
Simone Campbell, SSS, Executive Director NETWORK, Washington, DC

Martin Sheen: Pilgrim on the Way is a celebrity biography unlike any other, and for one simple reason: it has a soul. Sister Rose Pacatte captures more than Sheen's well-known career trajectory; she also infuses his story with something akin to grace. More than an actor's rise to fame, this is the story of a pilgrim's progress-a stirring and inspiring glimpse into one man's journey of faith that will resonate with seekers of all kinds.
Deacon Greg Kandra, journalist and blogger, The Deacon's Bench

Sr. Rose, with her literary lens, has written a moving and insightful account of a most fascinating pilgrimage. In addition to the chronicling of a wonderful life, we get as a bonus a short history of social activism with a Catholic accent. I am left wondering what a sequel might reveal beyond Martin Sheen's travels in Badlands to The Way including layovers in Apocalypse Now and West Wing?
Rev. Scott Young, Executive Director, University Religious Conference, University of California, Los Angeles

Wild then broken, only to emerge through the grace of Jesus as his disciple advocating for the vulnerable, marginalized and forgotten. Sister Rose' book portrays a man aware of our human oneness and frailties who stumbles on his ordinary walk of Love. Paying the personal price, surrendering over and over to the tender grace of Christ and by doing so transforming his own life and those he is asked to serve. `I was hungry and you fed me, thirsty and you gave me drink, a stranger and you invited me in, naked and you clothed me, sick and you looked after me, in prison and you visited me.'" Come and see Martin Sheen.
Michael Harney, actor

Without sentimentality, Rose Pacatte's biography of Martin Sheen is insightful, intelligent, and funny-like the man whose story it narrates. The book opens with a story of Sheen's First Communion-and in a very tangible way, this Eucharistic theme continues to unfold throughout the book. Not only because of Martin's love for the Mass and the Blessed Sacrament, but perhaps most telling, because of his keen understanding and certainty in God's presence in the living Body of Christ-in humanity. The man who confesses he's `still astonished at the gift of the Eucharist' and admits that he `counts on the sacraments for joy,' is also the award-winning Hollywood actor striving to live out his Catholic faith as a disciple of Jesus with deliberate intent, integrity and action. What an inspiring story!
María Ruiz Scaperlanda, author and blogger at Day by Day with Maria

Martin Sheen: Pilgrim on the Way is an insightful look at Martin's existential search for meaning. Once Martin moves his life from a scattered and entangled superficial mode of being, he discovers a simple and organized purposeful way of living. This purposeful living is what drives him to this day. Thank you Sr. Rose for capturing the true man outside of the tabloids."
Diana de Avila, US Army Retired

Knowing Martin Sheen through his acting and his Catholic activism, it was a treat to read Rose Pacatte's portrait and delve deeper into the life of this most remarkable man. Pacatte, who knows both the Hollywood and Catholic scenes, is the perfect person to write this book and she does so simply and cleanly. I came away from reading her portrait enriched and more hopeful about human possibilities, about virtue, and the way goodness can break through pain. A true spirit accomplishment.
Tom Fox, National Catholic Reporter Publisher