How Human Is God?

Seven Questions about God and Humanity in the Bible 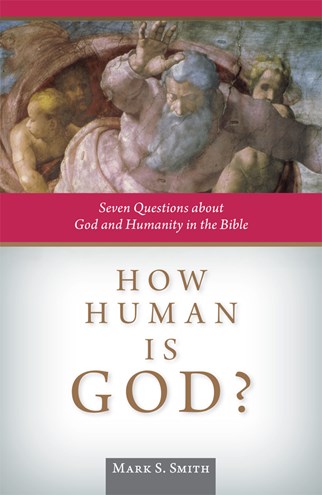 Cardinal Walter Kasper has written, "It is time, it is the right time, to speak of God." Readers are invited to explore the Hebrew Bible and use their God-given ability to work through important questions about God, including: Why is God so angry in the Bible? Is the biblical God male or female (or what)? Who is Satan? Why do people suffer?

By exploring the Bible's answers to these and other biblical questions, Smith offers readers encouragement to "think from the heart"—that is, "intellectual exploration that is touched by the heart and also touches on matters of the heart"—about the nature of God.

Readers are further invited to nourish their vision of God in order to better know and serve God and humanity.

Mark S. Smith is professor of Bible and ancient Near Eastern studies at New York University. Previously he taught at Yale University, Saint Joseph's University in Philadelphia, and Saint Paul Seminary in Saint Paul, Minnesota. Author or co-author of eighteen books, he is past president of the Catholic Biblical Association of America.

Smith's approach to the Bible is refreshing and serves as a model for how the Bible might be studied in churches. . . . How Human Is God is a book that can be read with profit by both scholars and lay people alike. . . . I recommend this book for any who want a more complete understanding of the issues surrounding God and the world, especially for those who are interested in the many ways the Bible approaches these questions.
Wilburn T. Stancil, Catholic Books Review

After earlier forays into the study of "God" (cf. The Early History of God, The Origins of Biblical Monotheism, God in Translation, and The Memoirs of God), Mark Smith has now turned his considerable expertise and scholarship to the question of How Human Is God? Certainly a challenging subject to attempt to write about and interesting to read about! In this study Smith provides what may be characterized—in something of an oxymoron—as an anthropology of God combined with an anthropology of humanity. Smith delves not only into gender and sexuality but also into areas such as anger, suffering as punishment, the demonic, and so much more. In these areas his approach is reflective, even sometimes philosophical. The book is easy to read because the impressive scholarship on which it rests is largely contained in the copious footnotes rather than argued in the text.
Joseph Jensen, OSB, Professor Emerit s of Scripture, The Catholic University of America, Monk of St. Anselm's

Mark Smith's new book should be required reading for every student of Scripture, no matter how proficient. This is a theo-logy (study of God) for ordinary searching people as well as for scholars. Smith deals clearly and sensitively with difficult and ambiguous issues such as God's anger, God's gender, and human suffering. His questions lead us to reflect on our own situation, and his conclusion is truly profound.
Irene Nowell, OSB, Author of Pleading, Cursing, Praising: Conversations with God through the Psalms

"As a whole, the book calls us to see God `through the positive lens of creation and through the negative lens of evil and suffering' (128), and so pushes us toward a more complete, more nuanced picture."
Gord Waldie, Touchstone

Smith not only asks questions that we all have about God, and some excellent ones most people have probably not imagined; he also offers answers with theological and pastoral sensitivity and depth. All kinds of readers will find themselves enriched by Smith's clarity and his sensible, yet learned, reflections.
Jacqueline E. Lapsley, Associate Professor of Old Testament, Princeton Theological Seminary

Mark Smith has given us a first-rate exploration into the central subject matter of the Old Testament. The work is comprehensive and accessible, attentive to the conversation with Judaism and to the basic theological issues that always confront us when we open the Bible. While the book is not necessarily written as a textbook, if I were still teaching a course on God in the Old Testament, this would be my first choice for a textbook.
Patrick D. Miller, Professor of Old Testament Theology, Princeton Theological Seminary

Mark Smith has done it again! A major biblical scholar and prolific author, Smith has gathered up significant elements of his work to address some of the essential ways in which the Bible, especially the Hebrew Bible, has understood God, and then, through the Bible, how modern readers may do so. Aiming at an American Roman Catholic audience, but embracing also Christians more generally and Jews, he does not stint on the scholarship he draws on, and a rich set of notes and bibliography guides the reader, both nonprofessional and professional, to more detailed analysis. But the scholarship is not obtrusive; it only enhances what is an unusually open conversation between Smith and especially his nonprofessional readers: a chatty, lucid, and very personal effort to make sense of the biblical witness and its present impact. Smith makes clear that the Bible is not uniform in its treatment of God and his ways, and among the biblical views are some that he is honest to dmit are dark and difficult, even close to impossible to crack open. Yet this variety leads to no despair but serves Smith as a rich source of stimulus for his own reflections about God and ourselves. To be sure, one will not always agree with Smith's interpretations-how could it be otherwise with the Bible!-but readers will regularly come away challenged to think more deeply and differently about issues and passages and the Bible as a whole than they have done before.
Peter Machinist, Hancock Professor of Hebrew and Other Oriental Languages, Harvard University