The Art of Leadership 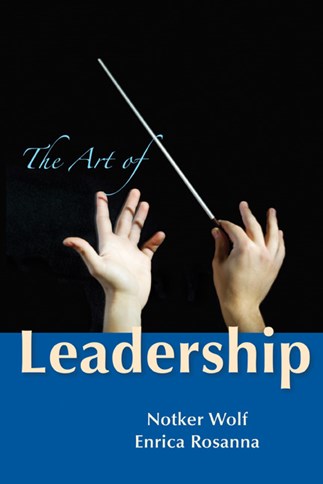 Abbot Primate Notker Wolf and Sister Enrica Rosanna have each held significant leadership positions, and based on their real-world experience, they clearly examine and answer these questions. Together they establish common mistakes that most people make and explain what it truly takes to become an effective leader in business, politics, school, and family life. This is a book that is beneficial to everyone, even if the reader is not in a leadership role.

Abbot Primate Notker Wolf, OSB, was born in 1940 in Bad Grönenbach, Bavaria, Germany. He serves at Sant'Anselmo in Rome as the highest-ranking member of the Confederation of Benedictines. In this role, he travels the world visiting Benedictine communities. He speaks thirteen languages and is an enthusiastic and diverse musician. An integral part of Wolf's Christian spirituality is interreligious dialogue-that is, "loving the world of the other." An expert on leadership, he is frequently sought out by religious and business communities alike.

Salesian Sister Enrica Rosanna was born in Busto Arsizio in Northern Italy. She is professor in the sociology of religion and served for many years as rector of the papal faculty of education until 2004, when Pope John Paul II named her undersecretary for the Congregation for Religious. She held this post until her retirement in 2011.

No dry abstract treatment of leadership theories, this insightful compendium articulates the fruit of years of service. Refreshingly they make frequent reference to what they have learned from others and their own mistakes. . . . This book provides inspiration and challenge for business and political leaders as well as for educational administrators, teachers, and parents—all of us really.
Katherine Howard, OSB, American Benedictine Review

[The Art of Leadership] is a brave endeavor to tell our secular economic and political leaders and educators that they have something to learn about the practice of twenty-first century leadership, from a small rule for beginners in the monastic life. . . . This is a book for sharing in workshops and seminars, amongst co-leaders and professionals wishing to enhance the quality of their own roles in leading people to experience the fullness of life.
Clare Condon, SGS, Tjurunga

Good leadership is an important quality for pastoral ministers, and I would therefore recommend that you read and reread this book, even if only to reaffirm what you may already know. It will certainly challenge some preconceived notions of what makes a good leader. I also recommend this book for anyone who is responsible for the formation of children and young people; the principles outlined will assist them in fostering a sense of integrity as well as nurturing the initial stirrings of good leadership.
Bruce Croteau, Pastoral Music