First Five Years of the Priesthood 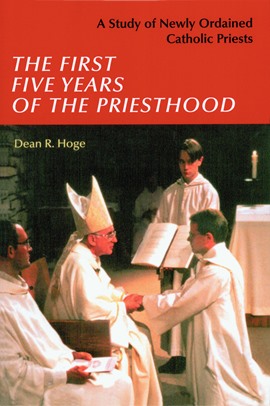 Reports indicate that many newly ordained men are feeling demoralized and some are resigning. The accounts raised many questions. How widespread is the problem? What difficulties are the recently ordained priests facing? Is the problem due to changes in lay attitudes or to changes in the ordained themselves? Is the situation different from what it was ten or twenty years ago?

The First Five Years of the Priesthood is a collaborative work of the National Federation of Priests' Councils and the Life Cycle Institute of The Catholic University of America that considers this phenomenon. It explores the experience of early priesthood and is based on a pilot survey of two groups—recently ordained priests active in service and those who have resigned.

Dean R. Hoge is a professor in the department of sociology at The Catholic University of America in Washington, D.C. He has done sociological research serving American churches for 31 years and has authored several books and articles on American religion.