Evolving Visions Of The Priesthood

Changes from Vatican II to the Turn of the New Century 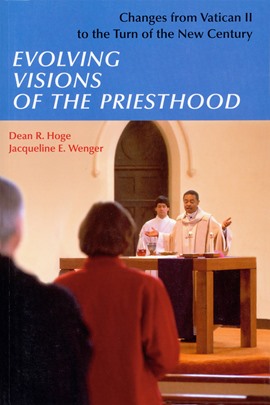 Evolving Visions of the Priesthood traces the movement of the Church in the United States during the first forty years of the implementation of Vatican II. This research gives the U.S. Church a good picture of itself and its struggles during the post-conciliar period. These studies are important for what they tell us of priests who were already ministering the theology of the Council, at the time of the Council, and also consider those priests ordained more recently and their perspectives on Vatican II. How the different groups of priests perceive each other in their respective desires to be faithful to God offers the reader insight into today's presbyterate. By following what has been happening we get a glimpse of what the future holds. Given the struggles of the scandals recently confronting the Church, the studies also offer indications of why the particular problems arose so suddenly and why they were so related to a given time frame.

Chapters are "The American Priesthood After the 1960s," Characteristics of Priests in 2001, The Shifting Emphasis in Ecclesiology, The New Priests, Issues and Needs Felt by Priests, The Question of Homosexual Subcultures, Understanding the Changes, and Recommendations Made by the Priests. Includes an epilogue, Effects of the 2002 Sexual Misconduct Crisis.

Dean R. Hoge is a professor in the department of sociology at The Catholic University of America in Washington, D.C. He has done sociological research serving American churches for 32 years and has authored several books and articles on American religion including The First Five Years of the Priesthood, published by Liturgical Press.

Jacqueline E. Wenger is a graduate student in sociology at The Catholic University of America and a licensed clinical social worker.