An Invitation to Rock Your Religion 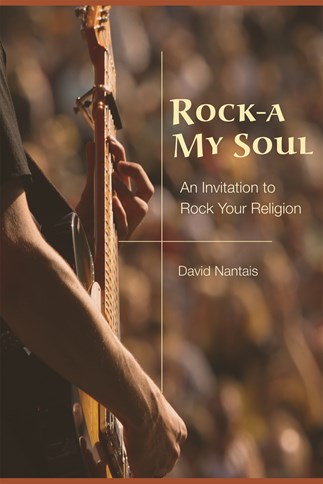 Rock music and organized religion have suffered a tense relationship for over sixty years. Rockers accuse religious people of being too rigid and irrelevant. People of faith have labeled rock "the devil's music" and say that nothing good can come of it. But what if both of these groups are wrong? What if rock music can actually aid one’s religious faith and spiritual life?

Few styles of music engage the human body as much as rock and roll. From toe tapping to air guitar, listening to rock music, like religious ritual, requires attention to the present moment and can help the listener (or believer) reclaim a sense of identity as a creature of God. In addition, several social causes include both rockers and religious advocates. During some of the most tumultuous times the world has experienced, both groups have given succor and hope to millions. No matter what side of the religion/rock debate you are on, perhaps it is time to bury the hatchet (or pick up your axe!) and start rocking your religion!

David Nantais is the director of campus ministry at the University of Detroit Mercy. He lives in Detroit, Michigan, with his wife Carrie and son Liam. Dave has played drums in several rock bands for over twenty years and has attended over 150 rock shows since 1986.

Rock-a My Soul is an engaging, if quirky, addition to the growing body of literature dealing with the arts and theology. If you are trying to figure out how to connect rock and faith in your life, Nantais blazes a trail to follow.
Pastoral Music

David Nantais has managed to do some pretty amazing things in just 184 pages. He speaks of the history of rock, consumerism, social justice, faith, prayer, morality, and so much more. Let's make this simple. If you are a fan of rock and you have ever wondered or questioned if rock music might be 'bad', this is totally your book.
CatholicNerdblog.com

David Nantais is, hands down, one of the best young writers on Christian spirituality: inviting, inventive, and insightful. In Rock-a My Soul, he offers a fascinating look at how rock music, often thought to be a threat to faith, can actually support and nourish one's spiritual life. If you're a music fan, Nantais, a rock musician himself, will show you how the music you love can draw you closer to God. If you're a believer, Nantais will serve as an experienced guide to modes of experiencing God that you might never have considered. And if you're a music fan and a believer, well, then this book will, as the band said, rock you.
James Martin, SJ
Author of The Jesuit Guide to (Almost) Everything

Nantais, director of campus ministry at the University of Detroit Mercy, takes up the vexed question of the relationship between the spirit and the world in this provocative little book. Nantais makes eloquent claims for the spiritual possibilities of rock music for the serious Christian-not, as he argues, the weak and watered-down `Christian contemporary' stuff, but the tougher material of Bruce Springsteen, Aimee Mann, and Motown. Nantais's work addresses the key issues and major players in the crossroads between these two transcendence-seeking experiences. This fascinating book should prove to be of interest not only to rockers and nervous Christians but to academics and pastors as well.
LibraryJournal.com

Rock-a My Soul is a most engaging handbook for all whose faith is intertwined with popular music. In friendly prose for seekers of all kinds, David Nantais shows that concert halls and music collections are the postmodern mangers where new and enduring spiritual identities are being born. And to this scene of new birth he comes bearing guitars, drums, bass-and a vivid appreciation for the importance of mystery and mystical experience. An impassioned traveling companion!
Tom Beaudoin
Associate Professor of Theology
Fordham University

A captivating survey of rock music and organized religion. Music and spirituality collections alike will find this a fine addition!
The Midwest Book Review

I found this book to be by far the most exciting theology I have ever read. Nearly every idea [the author] puts forth is similar to the way that I have chosen to reconcile my seemingly contradictory loves of Catholicism and Rock 'n' Roll. In the process, I also managed to realize, upon reflection, that the parts of Catholicism and God that interest me and excite me most all can be compared and even experienced with some of the music that I naturally gravitated to. Now it all makes sense! Psychedelia, `Won't Get Fooled Again,' Progressive Rock, the one moment in performance where I cease to exist but instead I am transported to a higher plane of existence! They are all just God telling me that he is pretty darned cool.
Bubba Ayoub, age 16, Detroit, Michigan