Lay Women in the Liturgical Movement in the United States, 1926-59 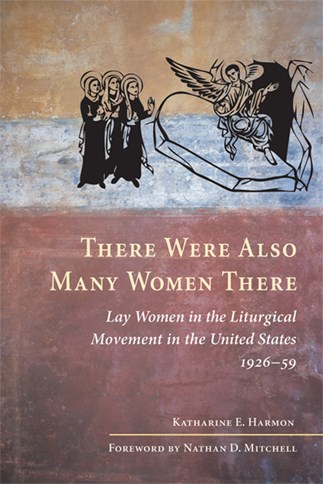 Katharine Harmon has done a marvelous job of inserting women into the heart of our recounting of the history of the liturgical movement, . . . This is an impressive and engaging work of scholarship. The narrative flows easily; material that could have proven tedious and dense is not. Scholars of history, Catholic studies, women's studies, and liturgical studies would be interested.
Laura Swan, OSB, St. Placid Monastery, Lacey, Washington, Magistra

Harmon's book is a magnificent and much-needed addition to our growing knowledge of women as subjects of liturgy's past, not only as worshipers but also as creative agents of liturgical renewal in their own right. Building on sustained archival research, Harmon is able to bring to light much-needed information about the leading women in the liturgical movement in North America. I highly recommend this book.
Teresa Berger, Yale Institute of Sacred Music & Yale Divinity School

Katharine Harmon has given us an impressively researched book that allows us to look deeply into the lives of a host of forward-thinking women whose vision for renewed social order drew its inspiration from the liturgy. These women make plain that what happened fifty years ago at Vatican II was no mere liturgical fad but decades in the making. What has liturgy to do with life? Everything-and Harmon's work demonstrates the significant contribution that these courageous women made to understanding that.
Michael Woods, SJ, Gregorian University, Author of Cultivating Soil and Soul: Twentieth-Century Catholic Agrarians Embrace the Liturgical Movement