A Christian Anthropology of Difference 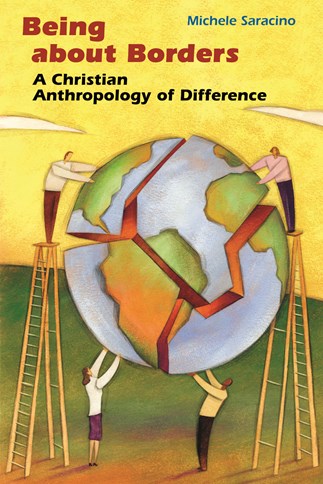 In an age of globalization, where borders seem to be disappearing everywhere’between nations, religions, and even within families’it is easy to believe our reactions to difference are vanishing as well. Bringing together the latest insights from constructive theology, contemporary continental theory, and trauma studies, Michele Saracino shows how deceiving and even deadly this assumption can be. She argues that, in the post '9/11 era, Christians are obligated now more than ever to be vigilant about difference, to be attentive to the emotional dissonance that encountering others incites, and to acknowledge it before border disputes escalate into violence. We are neither so different that we have nothing to talk about nor so similar that we have everything to celebrate. Instead, for Saracino, we are caught in the middle at porous borders, at in-between spaces, which cause consternation, fear, anger, and even rage. By embracing these conflicting emotions that accompany border life, Saracino claims that Christians can honor the person and work of Jesus Christ and the mystery of the incarnation, and perhaps become living memorials to those who have suffered trauma all in the name of their being different.

Michele Saracino is an associate professor of religious studies at Manhattan College in Riverdale, New York. She is the author of On Being Human: A Conversation with Lonergan and Levinas and researches and teaches on the intersections between theology and culture.

This brave book offers a psychologically-attentive and practical theological anthropology that can serve as a guide for navigating the challenging, traumatic, and rewarding dimensions of border existence among family and friends, in ethnic, racial, and interfaith communities, and in global relations.
Bradford Hinze
Fordham University

Human beings are conscious selves, with constantly developing personal identities, intrinsically related to, acted upon, and affected by others in dynamic social, political, and religious spheres. Michele Saracino shows with exquisite sensitivity how these relationships are most tellingly revealed in human affectivity and emotions. Human existence entails ceaseless negotiation on all levels and requires `reflective affectivity' to succeed. In this interdisciplinary work, that includes theology, ethics, politics and psychology, Saracino penetrates to the core of the human in a highly original way and sheds brilliant light on our being in today's world. All will learn from this book.
Roger Haight, SJ
Scholar in Residence
Union Theological Seminary

This excellent book offers a constructive theological anthropology that highlights difference as fundamental to our world today and our sense of self.. As a Latina feminist theologian, I am not new to discussions of difference. Perhaps that is why I was so refreshingly surprised and inspired after finishing this book.
Michelle A. Gonzalez, University of Miami, National Catholic Reporter

Pastorally sensitive and psychologically astute, Being about Borders argues that genuinely transformative engagement with human difference must attend to the affective as well as the physical and cognitive dimensions of the self. Drawing on a range of examples from personal psychology, interreligious dialogue, and geopolitics, Saracino shows how attention to the borders of our individual and collective worlds is crucial if we are to do justice to the fullness of human experience in our encounters with others. Her passionate insistence on the need for patient, disciplined vigilance in attending to the emotional `border traffic' between ourselves and those around us is accompanied by a consistently practical perspective that keeps her vision firmly anchored in the everyday.
Ian A. McFarland
Associate Professor of Systematic Theology