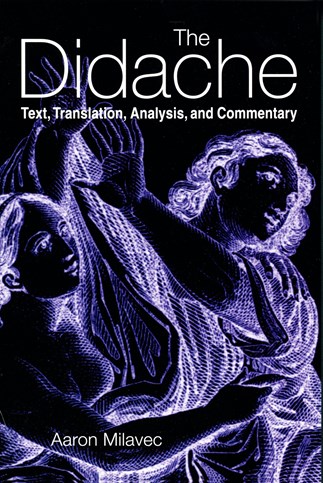 Most Christians believe that everything about Jesus and the early church can be found in their New Testament. In recent years, however, the discovery of the Gospel of Thomas and the reconstruction of the Q-Gospel have led scholars to recognize that some very early materials were left out. Now, due to the pioneering efforts of Dr. Aaron Milavec, the most decisive document of them all, namely, the Didache ("Did-ah-Kay"), has come to light. Milavec has decoded the Didache and enabled it to reveal its hidden secrets regarding those years when Christianity was little more than a faction within the restless Judaisms of the mid-first-century.

The Didache reveals a tantalizingly detailed description of the prophetic faith and day-to-day routines that shaped the Jesus movement some twenty years after the death of Jesus. The focus of the movement then was not upon proclaiming the exalted titles and deeds of Jesus—aspects that come to the fore in the letters of Paul and in the Gospel narratives. In contrast to these familiar forms of Christianity, the focus of the Didache was upon "the life and the knowledge" of Jesus himself. Thus, the Didache details the step-by-step process whereby non-Jews were empowered by assimilating the prophetic faith and the way of life associated with Jesus of Nazareth.

Milavec's clear, concise, and inspiring commentaries are not only of essential importance to scholars, pastors, and students but also very useful for ordinary people who wish to unlock the secrets of the Didache. Milavec’s analytic, Greek-English side-by-side, gender-inclusive translation is included as well as a description of how this document, after being fashioned and used 50-70 C.E., was mysteriously lost for over eighteen hundred years before being found in an obscure library in Istanbul. The study questions, bibliography, and flowcharts enable even first-time users to grasp the functional and pastoral genius that characterized the earliest Christian communities.