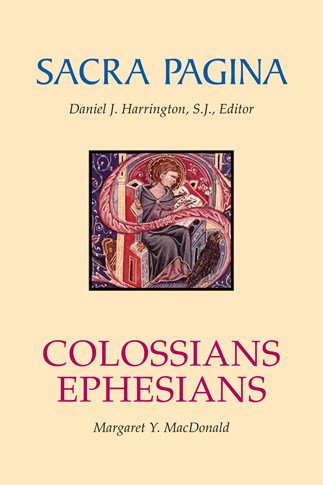 No two works in the Pauline Epistles resemble each other as closely as Colossians and Ephesians. Often recognized for their majestic tone and powerful theological statement, Colossians and Ephesians also present many challenges of interpretation. Most commentaries on these letters seem preoccupied with the same few issues, particularly the question of authorship. As MacDonald addresses these classic questions, she offers a fresh perspective on Colossians and Ephesians by making use of insights from the social sciences. Moreover, by paying attention to subtle differences between the two letters, she brings their distinct perspectives into sharp relief.

MacDonald highlights the interplay between Colossians and Ephesians and the social life of New Testament communities. She illustrates how the texts reflect ancient cultural values and are influenced by particular aspects of community life such as worship and household existence. In particular, she reflects on the issues faced by these communities as they formed institutions and interacted with the society around them. She shows the struggles of the New Testament communities to survive and maintain a distinct identity in first-century society.

Margaret Y. MacDonald is a professor in the department of religious studies at St. Francis Xavier University in Nova Scotia. She and Carolyn Osiek have coauthored (with Janet H. Tulloch) A Women's Place: House Churches in Earliest Christianity (Fortress, 2006). Her research has been supported by the Social Sciences and Humanities Research Council of Canada.