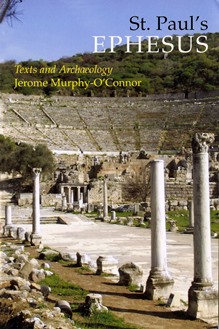 In this new volume, renowned scholar Jerome Murphy-O'Connor does for Ephesus what he did for Corinth in his award-winning St. Paul's Corinth. He combs the works of twenty-six ancient authors for information about ancient Ephesus, from its beginnings to the end of the biblical era. Readers can now picture for themselves this second of the two major centers of Paul's missionary work, with its houses, shops, and monuments, and above all the world-renowned temple of Artemis. After presenting the textual and archaeological evidence, Murphy-O'Connor leads the reader on a walk through St. Paul's Ephesus and describes the history of Paul's years in the city. Although Ephesus has been a ruin for many hundreds of years, readers of this book will find themselves transported back to the days of its flourishing.

Jerome Murphy-O'Connor, OP (1935 - 2013), was professor of New Testament at the École Biblique of Jerusalem from 1967. He lectured throughout the world and is the author of numerous books, including Paul the Letter-Writer, St. Paul's Corinth, and Jesus and Paul: Parallel Lives, all published by Liturgical Press.