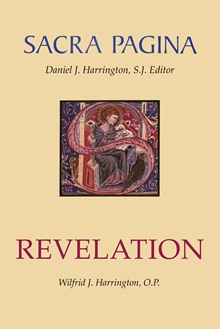 More than any other New Testament writing the Book of Revelation demands commentary. Its often-bewildering text is easily open to less than scholarly interpretation.

Father Harrington brings his scholarship to the Book of Revelation and conveys its Christian message. He puts the work in its historical and social setting ’a first-century CE province of the Roman Empire’ and explores its social and religious background and its literary character. Through Father Harrington we hear clearly the challenge of John, the prophet, to the Churches of his time ’and to ours’ not to compromise the Gospel message.