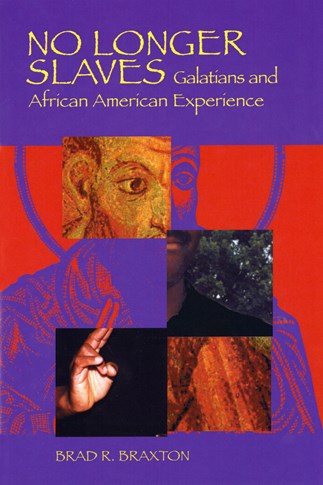 No Longer Slaves brings the ancient New Testament message into conversation with African American culture. Twenty centuries after Paul penned Galatians, American culture in general and American Christianity in particular continue to struggle with the problem of race relations. Our challenges are not identical to those faced by Paul and the Galatians. Yet, when one reads Galatians through the lens of African American experience, striking similarities emerge.

In No Longer Slaves, Brad Braxton helps us see that race relations is a central issue in Galatians. Paul believes that Christ came in order to unite Jews and Gentiles. The church was intended to be a multi-ethnic community in which persons of different backgrounds co-existed harmoniously. Any effort to compel Gentiles to live as Jews is an invalidation of the freedom of the Gospel. Galatians offers us a portrait of an early Christian leader and community sorting out complex social issues.

No Longer Slaves explores the concept of liberation in African American experience. It entails a discussion of American slavery. Rather than depicting African Americans simply as victims of the crimes of slavery and segregation, Braxton describes the creative cultural and religious responses of African Americans to their oppression. He employs a type of reader-response theory that considers the experiences of the reading community as a lens through which texts are read. His discussion of methodology exposes the reader to some of the issues in the current debate without becoming burdensome to the non-specialist.

The remainder of the book is an interpretation of Paul's letter to the Galatians. Although Braxton takes seriously the original context of Galatians and his exegesis engages the Greek text, he offers a contemporary theological reading that privileges the history, experiences, and concerns of African Americans. Those who are concerned about the connection between Christianity and ethnicity will find this interpretation intriguing and challenging.