Cassian and the Fathers

Initiation into the Monastic Tradition 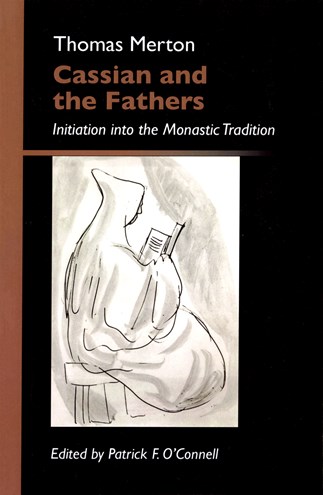 Cassian and the Fathers is the initial volume in the series of Novitiate Conferences of Thomas Merton, the classes he presented to young men beginning their monastic life at the Abbey of Gethsemani in Kentucky. They contain Merton's insights on important Patristic and monastic figures preceding the time of St. Benedict, above all John Cassian, the most significant bridge between the early desert fathers and the development of monastic life in the West, and they reveal the continuing relevance of their teachings for contemporary monastics and other Christians.

Much of the value and interest of Cassian and the Fathers, as of the novitiate conferences in general, lies in the light it casts on Merton himself as teacher, novice master and monk. These notes provide a privileged standpoint for observing Merton functioning as an integral and important member of his monastic community. The 'public' Merton has long been visible in his works written for publication, and has more recently been complemented by the 'interpersonal' Merton disclosed in his correspondence and the 'intimate' Merton revealed in his complete journals.

While the novitiate conferences may not equal in significance these other sources, they do allow access to yet another stratum of Merton's wide-ranging and immensely productive engagement with his world from the distinctive standpoint he had chosen within a tradition dating back more than sixteen centuries. While these lectures need to be used critically and carefully in evaluating Merton's own perspectives and commitments, nevertheless they do need to be used.

The dialectical relationship between Merton's private and more public statements, including those made to his novice classes, makes possible a more complex and thus a richer picture of his monastic identity and so of his personal identity. In learning about Cassian and the Fathers from Merton, one learns as well about Merton as monk, as heir to the great monastic teachers, and as teacher of a new generation of monks, an easily overlooked and undervalued, yet integral, even central component of his vocation for more than half his monastic life. Thus the publication of the novitiate conferences will fill a significant lacuna in Merton studies and contribute to a balanced, holistic comprehension and appreciation of Thomas Merton's life and work.

This edition includes an extensive introduction situating these conferences and Merton's years as novice master in the context of his broader life as monk and writer, an extensively annotated edition of the text of the conferences based on Merton's own typescript, and helpful appendices indicating changes Merton made to his text, correlating the written text with taped versions of the actual classes, and providing suggestions for further reading both in Merton's other works and in more recent studies of the figures he discusses here.

Because of the careful research that O'Connell has pursued in editing this text, the book is a dialogue with today's scholars. O'Connell traces connections through related correspondence and other published texts by Merton, and the result is that we want to go back to Cassian.
Cistercian Studies Quarterly

This book is worth waiting fifty years for. We are blessed in our times to know great teachers through their spoken and written words, but this book is more than another translation - this book is a transmission, an `initiation into the monastic tradition.
Mary Margaret Funk, OSB, The Merton Seasonal

.for the reader who values Merton as a guide to contemplative spirituality, this volume provides a second look at Thomas Merton.
Revue d'Histoire Ecclesiastique

This volume provides a useful presentation of Merton as teacher of monks and makes him available to a much larger public than the novices for whom he composed these notes.
Revue d'Histoire Ecclesiastique

. . . it is a strength of the book that it allows rare insight into the intimate connection between a scholar and what he studied. . . . There possessed the scholarly acumen necessary to study such a complex subject but also made Cassian relevant in his daily life. Merton once remarked that `though Cassian I am getting back to everything' (xi), and this publication will allow readers of all kings to get back to Cassian.
Mystics Quarterly