The Mission and Transmission of Monasticism 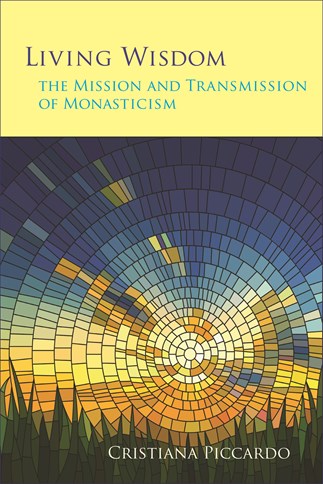 Cristiana Piccardo was the long-time abbess of an unusual Cistercian community in Italy. "We have always believed," she writes, "that the monastic charism can be a precious 'talent' offered to our contemporary world, and there are moments in history when what normally remains hidden should come into the light." These words accurately describe both the force behind the story of the Vitorchiano monastic family and the account of it given in Living Wisdom, her reflection on the meaning of that story. Over the course of four decades, the Abbey of Vitorchiano would found no fewer than six new monasteries around the world, from Argentina to Indonesia, and today this vibrant oasis of prayer and Christian living still has some eighty sisters of its own. What is the secret of such success? In a nutshell, we could say that, in the Vitorchiano perspective, the monastery is nothing other than a microcosm of the church and of human society.

The book, translated from the Italian, initiates us in a most concrete way into a wisdom that seeks the kingdom of God ardently yet realistically, without ever bypassing the essential human foundations that the life in Christ transforms and elevates but never supplants: hard work, communal striving, friendship, honesty in communication, a sense of humor, and, above all, love-the willingness both to ask for forgiveness and to give it with joy.

Cristiana Piccardo was born in Genova, Italy, in 1925, and in 1958 entered a monastery of Trappistine Cistercian nuns not far to the north of Rome, at Vitorchiano. In 1964 Mother Cristiana became the abbess. She left Vitorchiano to be the superior of their Venezuelan foundation from 1991 to 2002 where she currently resides.

The author, Mother Cristiana, speaks to the reader in a simple conversational tone about the way a community guides today's new members in the ways of true love and charity. She is forthright and practical about modern attitudes and how they must be addressed. . . . This book typifies what is happening to monastic life in this time of change and globalization, and also celebrates the universal wisdom of monasticism that can continue to give meaning to modern lives.
The American Monastic Newsletter

"In this short but highly substantial book, Mother Cristiana Piccardo shares the treasures of her teachings, which have been so effective in the growth of that community and its foundations. Passages open onto a pedagogy of clarity and an analysis of stages of affective growth that are original and profound. They are words not only to be pondered in the heart but to be embraced and enfleshed in our lives."
Maureen McCabe, OSCO, Cistercian Studies Quarterly