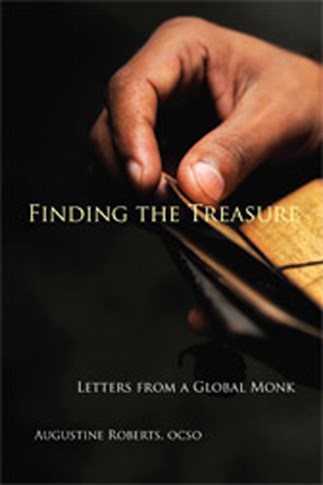 Augustine Roberts is a New England Yankee, transplanted by circumstance first to Argentina and then to Rome, from where frequent travel took him to nearly every part of the globe. The historical era into which he was born, so fraught with personal and communal soul-searching, also made him wrestle with all the tensions of the contemporary church and world.

Finding the Treasure tells of Dom Augustine's conversion to the Catholic Church while attending Yale and of his remarkably varied monastic experience during the turbulent years of church renewal following Vatican II. These letters from a global monk will not disappoint anyone fascinated by the paradox of a monk who, rooted by vow to his monastery, becomes a globe-trotter precisely out of deep obedience.

Augustine Roberts, OCSO, has been a Trappist monk since the early 1950s. After serving as abbot of St. Joseph's Abbey in Spencer, Massachusetts, he became Procurator General of the Trappist Order. In the 1960s he was one of the founders of the first abbey of his Order in South America, later serving as its abbot. Today he is a much sought-after guide, called to help many communities in the delicate task of adapting the perennial monastic way of life to the needs of the twenty-first century.

Finding the Treasure is aptly named, for this book is a treasure for all who are blessed to read it. In its pages, Fr. Augustine Roberts shares his inspiring journey as a `global monk.' Through recounting his spiritual struggles and consolations, graces received, accrued wisdom, and heartfelt encounters with friends and confreres, Fr. Roberts reveals a Church and a religious order amidst the changes of Vatican II and its new springtime in the global south. Most importantly, by revealing himself, Fr. Roberts reveals the God he loves and serves.
Rev. R. Scott Hurd, author of Forgiveness: A Catholic Approach