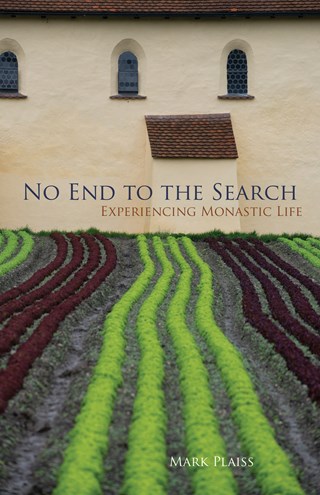 No End to the Search

A monastery is not just for monks. Laypeople enjoy visiting monasteries and learning from the women and men who live there. The silence of the monastery is a retreat from the clatter and bluster of city and suburb. In No End to the Search Mark Plaiss, married with a wife, children, and grandchildren, writes of his visits to various monasteries while striving to delve into the experience and meaning of monasticism. What is behind that wall? What is the appeal of monastic life? To what degree can such a life be lived by persons who are married, and why would they wish to do so? This book explores the relationship between the vowed life of monks and the life of laypersons who are unable to live such vows but desire to share just a sliver of it.

Deacon Mark Plaiss teaches in the department of religious studies at Carmel Catholic High School, Mundelein, Illinois. Since 1997 he has been a monastic associate at New Melleray Abbey, near Dubuque, Iowa. He was ordained deacon in the Roman Catholic Church on June 7, 2003, at the Cathedral of the Holy Angels in the Diocese of Gary and is currently serving at St. Gilbert Church in Grayslake, Illinois. He tries to pass on the monastic wisdom he has absorbed over the years from New Melleray and other monasteries to his students and parishioners.

"I found that this book made me feel as though I had been able to share Plaiss's monastic experience. Monks and nuns may appreciate reading how their openness to retreatants can have deep and permanent effects on lay people. Those who wonder if spending time on monastic retreats is worth the countercultural disruption of their normal lives will gain valuable data for their discernment."
Cistercian Studies Quarterly


"A unique invitation to see God in community and solitude, in prayer and action, in lay or monastic life. This book is grounded in solid study, both ancient and contemporary, as well as active personal pursuit of spiritual growth."
American Benedictine Review


"Mark Plaiss describes in detail the daily routine of a monastic's life. He explains, as well, how the monastic values and routine have influenced his own life, a married layman in the teaching profession. This book might be an invaluable resource for someone discerning a monastic vocation. All the pieces are there."
Abbot Vincent Bataille, Marmion Abbey, Aurora, IL