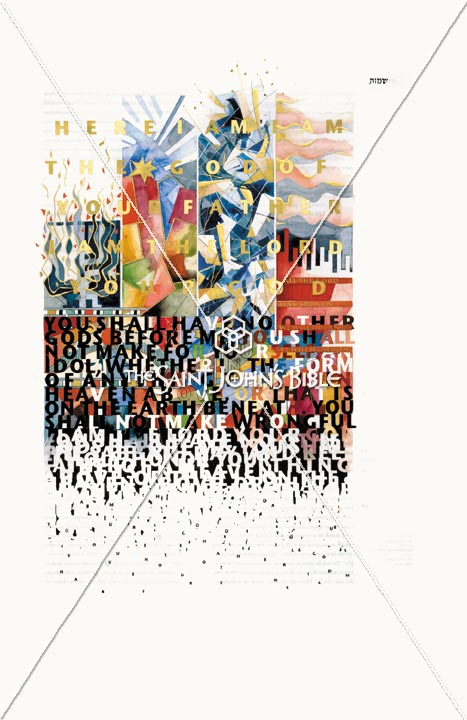 God’s giving of the Ten Commandments atop Mount Sinai ranks as one of the greatest religious events of all time. Moses acts as the intermediary for the people who are too frightened to approach the mountain or who have been prohibited from doing so. Not only do the Ten Commandments have significance in religious history, but they have also had a tremendous effect on civil law the world over. Just as the creation in Genesis brought order from chaos, the Law, according to Jewish interpretation, brings order from the chaos of lawless society. In this sense, the giving of the Law is a new creation. The law forms the foundation of the covenant that God is establishing with his people.

There is a cold clarity to the idea reinforced by the Commandments-no images or any `likeness of anything that is in heaven above or earth below'. I wanted to show the power and promise of the Commandments, showing them forming out of a beautiful chaos. To reinforce the sense of abstraction, power and promise, I wanted the letters to be in the Latin alphabet and with use of typography.
Thomas Ingmire