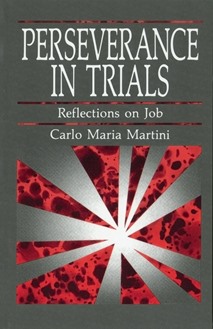 Christian life, like life generally, is marked by trials. For this reason, the author has chosen the Book of Job as a primary text for reflection, although other passages of the Old and New Testaments are also offered for meditation.

The story of Job spoke to the Jewish people exiled in Babylonia, even as it speaks to us today. It inspires questions such as, Does suffering have meaning? Can human beings ask God to account for that suffering? It counters those questions by asking for belief in God's ultimate justice and (humanly) incomprehensible wisdom.

In comments marked by spiritual and pastoral depth, Cardinal Martini, Archbishop of Milan, dwells on certain passages of Job that help shed light on the meaning of the mystery of the human person and the mystery of God. The reflections are gathered from retreat lectures given by the cardinal. When read in an atmosphere of prayer, these pages become a source of light, nourishment, strength, incentive, and consolation.