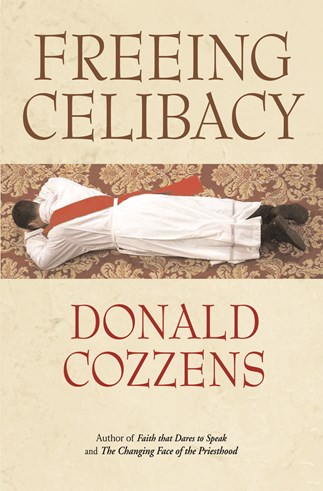 Mandatory celibacy for Latin rite Catholic priests has been the norm for almost 900 years. Now the clergy sexual abuse scandal and the rapidly declining number of priests have pushed many of the faithful to the point of questioning this tradition of the church. To this sometimes tense discussion of sex and power Donald Cozzens brings his signature calmness, his own gifted experience of celibate life, and his talent for distilling the spiritual truth of the human condition.

Cozzens explores priestly celibacy as source of power and burden of obligation, as spiritual calling and gift of the Spirit. Putting mandatory celibacy in historic perspective, he examines the ancient and contemporary experience of married clergy in the Eastern churches and the Roman rite church. It is time, he concludes, to set celibacy free from canonical mandate to become what it is meant to be: a graced way of life for some but not all of the church's ordained ministers.

Much more effectively than other, more famous critics of priestly celibacy, Cozzens teaches as well as advocates.
Booklist

An important contribution to the current debate about mandatory celibacy, this little book presents an unambiguous, comprehensible articulation of the major concerns centered on the question of priestly celibacy. Cozzens calls for a courageous response from church leaders today to initiate an open dialogue that will result in the freeing of celibacy.
Catholic Studies

Cozzens seeks to free celibacy from its judicial strangehold. Celibacy is a charism freely given by the Holy Spirit, which is intended to be freely offered to God and the community. Celibacy's charism is total radical self-giving love through life-long abstinence from sexual relations. Ironically, mandating celibacy through Church law makes celibacy an obligation for many who do not have the charism, and offers the false promise that the gift will come through obedience to the law. Can we continue to impose celibacy as a law on diocesan clergy, many of whom do not have the charism? Cozzens mounts historical, theological, and pastoral reasons why the mandate should end.
Kathleen A. Cahalan, Associate Professor, Saint John's University, School of Theology and Seminary

Donald Cozzens brings a wealth of background and experience to this book-a priest for forty years, a psychologist, a theologian, a former seminary rector and professor, a well known Catholic author, and a perceptive observer of the U.S. Catholic scene. As a result he makes a clear, cogent, convincing and truly Catholic case that the charism of celibacy is a gift for the church but the obligation of priestly celibacy hinders the ministry of the church today.
Charles E. Curran, Southern Methodist University, Dallas, Texas

Many have questioned whether there is sufficient connection between priesthood and celibacy to warrant the Roman Rite requirement that only celibates be ordained. Few, however have argued as cogently as Donald Cozzens for that requirement to be abandoned. As a Bishop from Oceania, a region where the requirement of celibacy for ordination leads to a continued dearth of priests for evangelization, pastoral care and regular celebration of the Mass, I am deeply grateful to Donald Cozzens for setting out so compellingly the arguments for an urgent review of the present discipline in the Roman Rite. Pastoral bishops arguing for a reconsideration of the present insistence that Roman Rite priests be celibates, will be both helped and heartened by Donald Cozzens admirable review of the ecclesial and pastoral value of mandatory celibacy.
Cardinal Thomas Williams, Archbishop of Wellington, New Zealand

Freeing Celibacy is one of the clearest and most straightforward examinations of the role of obligatory celibacy in the Roman Catholic priesthood and in the life of the Church. In his characteristically low-key, even gentle fashion, Father Cozzens effectively challenges each of the traditional defenses that have been mounted in support of the discipline. The book, in effect, points its finger at a massive elephant in the Church's living room that many still pretend not to see.
Rev. Richard P. McBrien, University of Notre Dame, Notre Dame, Indiana

This is an excellent resource for Catholics and others who wish to increase their understanding of the complex issues related to Church law on priestly celibacy and Cozzens' views on homosexuality in seminaries and sexual abuse perpetrated by clergy.
Writing Works

Freeing Celibacy, what a marvelous double entendre! With wisdom, compassion, and passion Cozzens argues that celibacy for the diocesan clergy is 'freeing'---an experience of freedom and joy---only if the church 'frees' it from legalism, fear of sexuality, and lust for power, that is, only if we have the courage to let it be what is essentially is--- a gift/charism from God. This book must be mediated upon by every bishop, priest, candidate for the priesthood, and by anyone concerned about the future of the Roman Catholic Church.
Dr. Peter C. Phan, Theology Department, Georgetown University, Washington, DC

With his trademark clarity, insight and wisdom, Donald Cozzens has written the best book on the controversial topic of celibacy in many years. Certainly one of the most misunderstood practices of the Christian tradition, celibacy has been both wrongly elevated over the married life, and unfairly blamed for the sexual abuse scandals. Cozzens superb new book places celibacy in its proper historical and theological context and, in the process, shows how the healthy celibate can be not only productive, but also holy.
James Martin. SJ, Author of My Life With the Saints

Mandatory celibacy for the Latin rite has been the norm for more than 900 years. Now, some inside and outside the church have questioned this tradition. To the debate comes Fr. Cozzens with his own experience of celibate life and his talent for distilling the spiritual truth of the human condition.
Crux

The thesis of this book is straightforward: healthy, life-giving celibacy is a charism given to relatively few people, and mandating it for all who want to be priests, whether or not they have received the charism, causes unnecessary suffering and hardships.
Church

Using part of the title of his last book, we can definitely say that Donald Cozzens `dares to speak'-and thank God for him and his commitment to the truth. In Freeing Celibacy he explores the theology, history, and sociology of both mandated and charismatic clerical celibacy. He looks at the reality of church governance and listens to the testimony of priests and laity. He recognizes and lauds the power and grace of the genuine charism of priestly celibacy, but celibacy merely mandated yields unnecessary problems and horrors for him. He amasses his evidence in such a compelling way that even the hierarchs may hear him: Mandated celibacy is ready for repeal!
Andrew P. Connolly, Saint Francis de Sales Parish, Patchogue, New York

Father Cozzens is correct in saying that the issue of priestly celibacy needs a full and open discussion. There is too much secrecy and misinformation about the priesthood today, and Cozzens helps by opening up the windows. Cozzens speaks from decades of experience, giving him judgment about the gifts and limitations of men in the priesthood. Here is a wise, reflective, spiritual book affirming celibacy for priests with a charism of celibacy but not demanding it of all.
Dean R. Hoge

Father Cozzens, in his usual insightful way, has given us a fresh way to look at priestly celibacy. One finishes the book with a resounding 'why not?' to the issue of optional celibacy. Only a priest with his rich and varied background, as well as his understanding of celibacy through faithful service to the Church, has the authority and wisdom to write what will be the authoritative book on the subject.
Paul Wilkes, author of In Mysterious Ways: The Death and Life of a Parish PRiest and other books.

Cozzens makes it clear from his introduction onward that he views mandatory celibacy for diocesan priests as, at best, problematic. His arguments are clear and concise. One hopes that this book will not only be read by those who already agree with him.
Church

Freeing Celibacy, written engagingly and respectfully, is well worth reading. The author brings years of personal and professional experience to the issue of celibacy and its impact on priests and on those preparing for the priesthood.
America

A thoughtful and deeply spiritual treatise, expressing sincere concern for the future of Catholicism itself.
Midwest Book Review

Father Cozzens has produced another book in which his fresh viewpoints, his clear affection for his Church and his compassion for those he serves demand serious consideration by bishops, priests and lay readers.
St. Anthony Messenger

This is a must-read . . . Donald Cozzens-with three other important books to his credit-is becoming a leader of Roman Catholic reform. Nine brief, graceful essays about 12 pages each comprise Freeing Celibacy. It's easy, convincing reading.
Corpus Reports

Cozzens's work raises valid questions about mandatory celibacy's impact on the people of God and those of whom it is required. It is better to respond to the questions for the good of the church than to run from them at the church's peril.
America

Donald Cozzens' newest book is a true blessing. He concisely and persuasively argues to the clear conclusion: `Charismatic celibacy will remain a great gift to the church. Mandated celibacy awaits repeal.' Basing his argument on careful historical analysis and clear theological understanding of the very nature of charisms in the life of the church, he concludes hopefully that `the time has come to set celibacy free.' I am persuaded that those who carefully read this book will agree.
Bishop Tom Gumbleton, Archdiocese of Detroit, Detroit, Michigan

Combining history, theology, pastoral experience and sincere love for the church, Freeing Celibacy is a courageous, forward-looking book that invites reflection and discussion on the role of celibacy in the life of the church. Donald Cozzens, in the clear, readable style that has distinguished his earlier writings on the priesthood, challenges the church to see celibacy in the only way that fully describes its proper meaning, namely, as a gracious gift of God freely chosen and freely lived. A must-read for all who are concerned about the continued viability of Eucharistic communities.
William H. Shannon, Nazareth College, Rochester, New York

This reading regards silence and passivity as no longer acceptable for lay Catholics who want to actively participate with and in the church. After reading this highly insightful and fearless author, my question stands: Do we stay 'exiled' from our own faith, or do we have a 'faith that dares to speak'?
Ministry & Liturgy

This nuanced and sensitive book cries out for a serious review of mandated celibacy. With this book Father Cozzens has given a great gift to the church. Hopefully, the church will listen.
Robert S. Bennett, Former Member, USCCB National Review Board for the Protection of Children and Young People