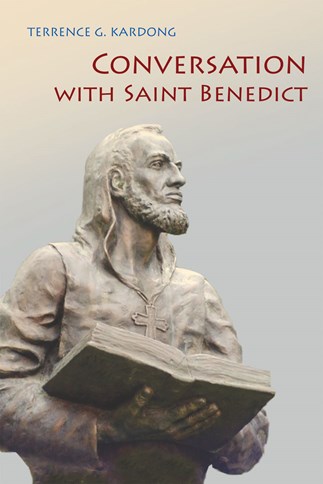 The Rule of Saint Benedict meets contemporary culture-the connection points and the sticking points between the two are the focus of Conversation with Saint Benedict. Renowned Benedictine scholar Terrence Kardong considers various aspects of modern culture that he considers worrisome and the light that Benedict's Rule might shed on them for Christians today. He also takes up specific aspects of the Rule itself that he finds difficult to deal with. This book, then, offers a rich interplay that does not shrink from recognizing both strengths and weaknesses in our culture as well as in Benedict's own ideas.

Among the many topics that Kardong tackles are:

Terrence G. Kardong, OSB, has been a monk of Assumption Abbey in Richardton, North Dakota, since 1956. Since 1982, he has served as editor of the American Benedictine Review. His many books include Pillars of Community: Four Rules of Pre-Benedictine Monastic Life and Day by Day with Saint Benedict. He has also produced highly regarded translations and commentaries on the Rule of Saint Benedict and St. Gregory the Great's Life of Saint Benedict.

Perfect conversation partners-St. Benedict and his self-styled curmudgeon disciple, Terence Kardong! Readers seeking wisdom will find themselves drawn into exchanges on both contemporary and perennial issues facing monastics and others committed to living well in community. Who can escape concerns about mutual presence and mutual assistance, the value of silence, power dynamics, the good uses of electronic stuff, and what not to wear, as well as the dozen other practical topics in this essay collection? The author's opinions will evoke yours.
Mary Collins, OSB, Mount St. Scholastica, Atchison, KS


This well-considered series of essays, bringing Saint Benedict's Rule into dialogue with contemporary attitudes and issues, is both instructive and entertaining. Each essay is thought-provoking, honest, and challenging. They are also powerful and contemporary expositions of basic monastic values.
Michael Casey, OCSO, Author of The Road to Eternal Life: Reflections on the Prologue of Saint Benedict's Rule


Pick up this book and you'll find yourself immediately engaged in a conversation, at times inspired or nodding in wholehearted agreement, at other times vehemently disagreeing, and at other times laughing or smiling at its humor. As such, it is a great conversation starter for monastic communities, oblates, and faith sharing groups.
Colleen Maura McGrane, OSB, Vocation Director, Benedictine Sisters of Perpetual Adoration, Clyde, MO


This book does not claim to be an exhaustive exegetical examination of the Rule, but it is however an interesting and engaging exploration of how contemporary monasticism can still speak and teach a living tradition to a post-modern society in constant change by similarly adapting and changing as a way of growing in fidelity and rooting itself in its true Christian principles.
Dom Joshua Morales, The Downside Review