A Celtic Model of Ministry

The Reawakening of Community Spirituality 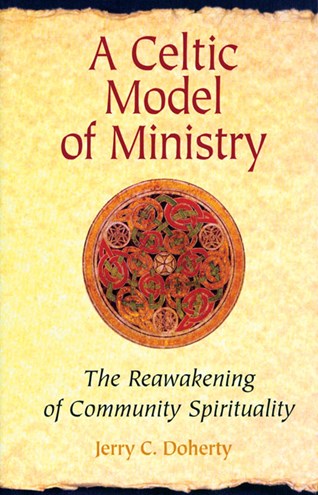 Why is the Christian Church declining in numbers and effectiveness in the twenty-first century? In A Celtic Model of Ministry Jerry Doherty, experienced clergyman and Celtic scholar, shows that the decline is caused by a crisis of individualism, a crisis of faith, and a crisis of lifestyle. Doherty responds to these crises by providing a Celtic spirituality by way of ministry of early Celtic Christians in Ireland, Wales, Scotland, Brittany, and the Isle of Man. He provides a model for ministry today in the local congregation and a guideline for the successful future of the Church modeled after the early Celtic communities.

Doherty applies the model in congregational development studies and ministry. He explores the problems that have caused the decline of the Church and how paradigms of ministry in current use are no longer adequate. In A Celtic Model of Ministry Doherty proposes that a new model for thinking and building ministry today, especially in the local congregation, may be found in early Celtic Christian communities. Churches need to be a spiritual center, a learning center, and a community center.

A Celtic Model of Ministry uses Celtic spirituality in a practical way for ministry in the local congregation and is written primarily for professionals, clergy, and church workers but can be easily read by lay people.

Rev. Jerry C. Doherty is rector of the Episcopal Church of the Ascension in Stillwater, Minnesota. He has served in congregations in Iowa, Montana, and Minnesota since his ordination in 1975.

A sensitive pastor, operating out of a rich parochial ministry, shaped by his Episcopal heritage, offers his diagnosis of the sickness affecting the Christian Church today. In the light of that diagnosis, he prescribes a potential cure. Drawing on his study of Celtic Christianity, he plumbs the past to find clues for the future. It was for me an expanding reading experience.
John Shelby Spong, Retired Episcopal Bishop of Newark, Author of Here I Stand: My Struggle for a Christianity of Integrity, Love, and Equality