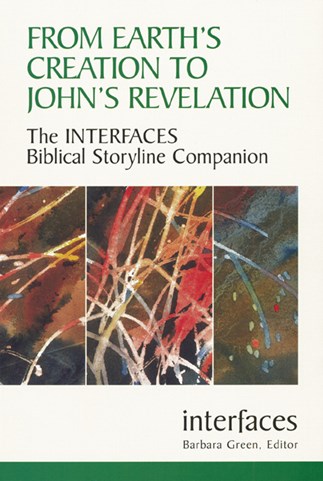 As an introductory text and companion for the Interfaces series, From Earth's Creation to John's Revelation gives an overview of the basic material necessary for an introductory undergraduate course in Old or New Testament. It helps readers locate the biblical characters within the biblical timeline and introduces the characters in ways that students of the Bible will find informative and vital. It is organized chronologically and includes maps for further study.

Receive this title FREE with the purchase of two or more Interfaces volumes. Mention this offer in the comment section of the order form when placing your order or call 1.800.858.5450.

Barbara Green, OP, PhD, Interfaces editor, is a professor at the Dominican School of Philosophy and Theology at the Graduate Theological Union in Berkeley, California.