The Promise of Obedience 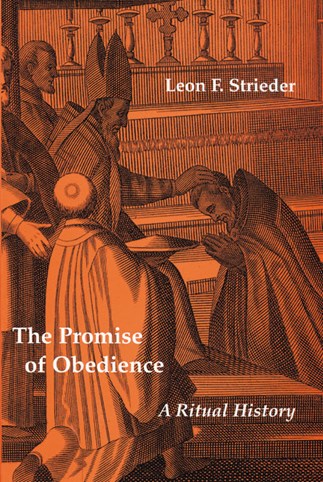 Obedience is an intrinsic part of the nature of the ministerial structure of the Church. Apostles were sent, bishops were chosen, presbyters were called, and deacons were needed, all because obedience to the will of God determined these ministers were essential for the work of the Church.

In The Promise of Obedience, Father Leon Strieder provides the only study available to date of the history and theology of both the Promise of Obedience and the modern issues which play a major role in the Church between religious and bishops, and bishops and the pope. Strieder also connects the theological issues of promises of obedience with their historical development in ordination rituals and religious vows.

Chapters are "Roman Beginnings and the Pallium," “Ordination Rites and Roman Pontificals,” “Monastic and Mendicant Rites,” “The Second Vatican Council,” “The Revisions of 1990,” “Eastern Rites and Eastern Catholic Churches,” “Conclusions.”

Leon Strieder, PhD, is vice-rector of St. Mary's Seminary and adjunct professor of liturgy and sacraments at the University of St. Thomas, Houston, Texas.

Fr. Strieder has cast valuable light on a neglected subject, and provided us with a thought-provoking book.
The Furrow