Guerric of Igny; Introduction and Translation by Monks at Mount St Bernard Abbey 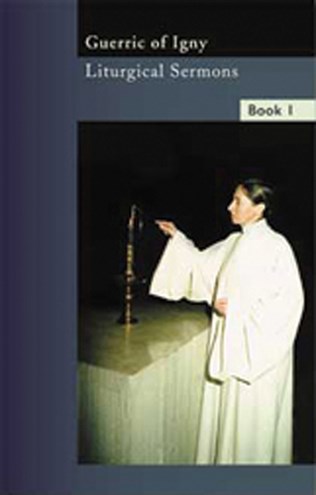 Guerric of Igny (†1157) ranks with Bernard of Clairvaux, Aelred of Rievaulx, and William of Saint Thierry as one of 'the four evangelists of Citeaux'. Yet he is know only through these Liturgical Sermons and a scattering of historical references.

Born probably at Tournai and educated in the humanities and theology at the noted cathedral school there, he visited the Cistercian abbey of Clairvaux as a seasoned scholar, with no intention whatever of abandoning academic life for the cloister. Urged to stay by the always persuasive Abbot Bernard, however, 'without delay or looking back, the cleric became a monk, the master a schoolboy.'

In 1138, again at Bernard's suggestion and despite his own protestations that he lacked the requisite wisdom and health, Guerric was elected as the second abbot of Igny, a daughter house of Clairvaux near Rheims. There he wrote the sermons which reveal the quality of his education, the profundity of his theology, and the pervasiveness of his Cistercian spirit.

This work together with the entire series of which it is a volume deserves to be in any library aiming at completeness in the literature produced by Catholicism during the course of its history.
Review for Religious