The Second Clairvaux Collection; Christmas through All Saints 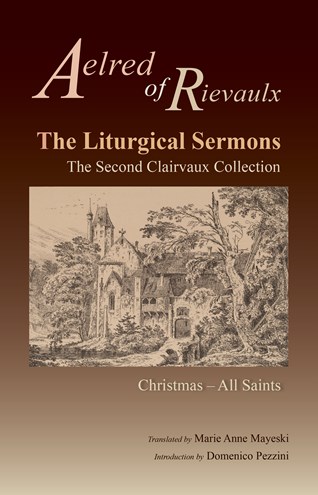 Aelred, abbot of the Yorkshire Cistercian abbey of Rievaulx from 1147 to 1167, wrote six spiritual treatises, seven historical treatises, and 182 liturgical sermons, most of which he delivered as chapter talks to his monks. Translations of the first twenty-eight of these sermons appeared in The First Clairvaux Collection, Advent-All Saints, published in 2001. The current volume contains eighteen sermons given on feasts beginning with the Nativity and concluding with a sermon for All Saints.

Marie Anne Mayeski is professor emerita of theological studies at Loyola Marymount University in Los Angeles. Having written extensively on Aelred and his Cistercian context and on medieval women and their contributions to church, society, and theological developments, she has published three books: Women: Models of Liberation (Sheed and Ward), Dhuoda: Ninth Century Mother and Theologian (University of Scranton Press), and Women at the Table (Liturgical Press).

Domenico Pezzini is professor emeritus of English language at the University of Verona. He has edited and translated works of Aelred and other Cistercian authors; his critical edition of most of Aelred's historical works is forthcoming in Corpus Christianorum, Continuatio Mediaevalis.