A History of the Monks of Syria 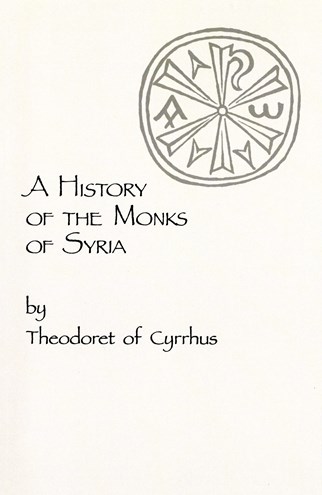 The Syrian monks of the fourth and fifth centuries led lives at the opposite extreme from the culture of graeco-roman cities. Unwashed, unkempt, often homeless, usually poorly educated, making a positive virtue out of physical deprivation, they shocked and appalled cultivated pagans. Even Christian townsmen had to overcome hellenic prejudices before they could see in these uncouth figures the spiritual paragons of the age. Yet the Christian laity of the day, led by their clergy, admired and revered them, and flocked to them to behold living examples of true perfection.

In his Religious History, Theodoret, bishop of Cyrrhus, recorded the extraordinary lives of these men (and women) of God, and the—to us quite unfamiliar—spirituality which they spectacularly embodies.

. . . the major source for the history of monasticism in northern Syria . . .
Coptic Church Review

. . . a welcome arrival . . . useful for all readers: accessible and informative for students . . . thought-provoking insights for scholars
Religious Studies Review