The Rule in Today's World 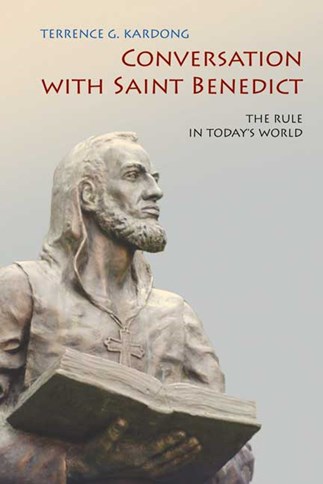 The Rule of Saint Benedict meets contemporary culture-the connection points and the sticking points between the two are the focus of Conversation with Saint Benedict. Renowned Benedictine scholar Terrence Kardong considers various aspects of modern culture that he considers worrisome and the light that Benedict's Rule might shed on them for Christians today. He also takes up specific aspects of the Rule itself that he finds difficult to deal with. This book, then, offers a rich interplay that does not shrink from recognizing both strengths and weaknesses in our culture as well as in Benedict's own ideas.

Among the many topics that Kardong tackles are:

Terrence G. Kardong, OSB, (1936–2019), was a monk of Assumption Abbey, Richardton, North Dakota. He served as the editor of The American Benedictine Review, and was the author of many books and articles. .

This book does not claim to be an exhaustive exegetical examination of the Rule, but it is however an interesting and engaging exploration of how contemporary monasticism can still speak and teach a living tradition to a post-modern society in constant change by similarly adapting and changing as a way of growing in fidelity and rooting itself in its true Christian principles.
Dom Joshua Morales, The Downside Review