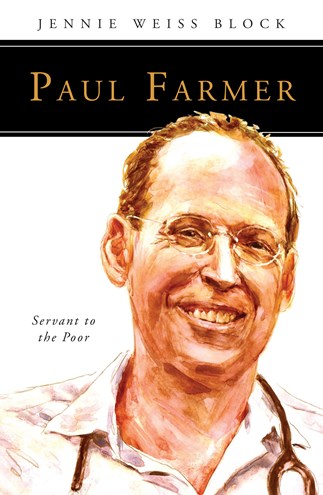 It is rare that readers get to explore the lives of legendary people while they are still with us making this book a precious gift. One of the greatest physician-scholar-activist servants in American history, Paul Farmer is a powerful model of service to the poor. The world has much to learn from his life and witness. For anyone with a heart for the vulnerable, the poor and the underserved, this thoughtful new text about an extraordinary human being is an inspiration and must read.
Bryan Stevenson, Director of Equal Justice Initiative and author of Just Mercy


Paul Farmer is one of the most extraordinary people I have ever met. A brilliant doctor and teacher, he tirelessly works for the poorest of the poor, insisting that they deserve the very best care that is available. He not only changes individual lives, but massive systems, proving against overwhelming objections that his methods are not only what Christian compassion demands, but that they bring about effective cures. Jennie Weiss Block will make you fall in love not only with Paul, but with the beloved people to whom he is so passionately committed. This is not a book you can put back on the shelf after reading; it will move you to take the next step in your own commitment to accompany the poorest in our world.
Barbara Reid, OP, Professor of New Testament Studies, Catholic Theological Union