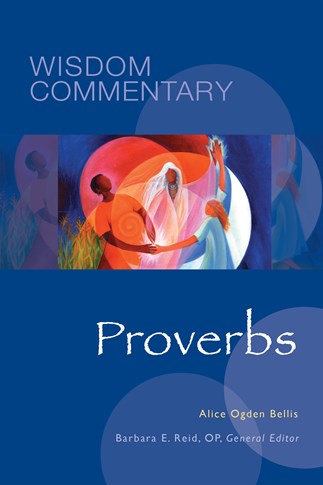 "Careful Hebrew word study helps readers explore Proverbs more closely. The personification of Wisdom comes alive in these analyses which are a boon for preachers."
WATER

"The Books of Proverbs is unique in that it is addressed primarily to young men, and, according to Bellis, requires a gender-sensitive reading of the text. She beautifully unites many voices and unique perspectives in their commentary on Proverbs and animates this text with a new vitality. Recommended for all theological and university libraries."
Catholic Library World

"With care and precision, Bellis identifies both positive and problematic gender assumptions in Proverbs, balancing the historical function of these sayings with modern concerns. This volume will be of value to scholars, clergy, and interested laity concerned with the enduring voice of Proverbs in the modern world."
Catholic Books Review

"A refreshing commentary on Proverbs that, in line with the aims of the series, provides a gender-sensitive set of diverse readings, with an eye to the ancient Israelite, as well as the modern context. A particularly innovative aspect is that one hears other voices than just that of Bellis herself. Both attention to the detail of the text and digging deep when needed, are accompanied by diverse viewpoints, spiritual moments, and creative thinking. A veritable 'wise' commentary for the twenty-first century."
Katharine Dell, St. Catharine's College, Cambridge

"This well-researched and insightful commentary delves beneath what can often appear to be commonplace or obvious proverbial sayings to discern their deeper theological, social, and anthropological importance, making it a good addition to this growing series."
The Bible Today