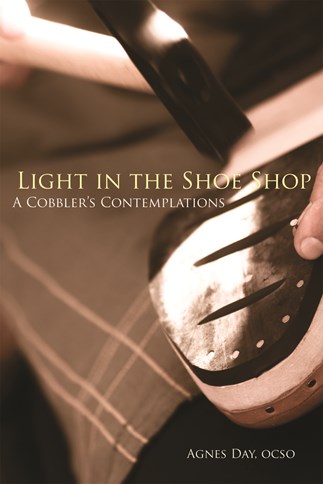 Light in the Shoe Shop

"Seldom will a reader be afforded a more intimate glance into the day-to-day experience of living the cloistered life in feminine mode than can be had from these pages. But, beyond the specificity of the monastic context, I can equally say that seldom will a reader be afforded a more intimate glance quite simply into the way a generous and listening heart comes to perceive the world after being schooled by all the joys and many sorrows of self-surrender.
"This book is decidedly not just one more item in the picturesque genre of the `nun's story.' Rather, for all its slenderness, the volume bears a strong witness to the fact that a human life that stakes its all on loving will gradually become transfused with light."
From the foreword by Simeon Leiva, OCSO

Agnes Day was born in 1933 and grew up in the Philippines, with the exception of 1940-1944 when she was living with relatives in the United States while her parents and one sister were in the concentration camp of Santo Tomás in Manila. They survived, the family was reunited, and, after a period of rest in the US, returned to the Philippines. When her mother became a Catholic, Agnes followed her on this path during her second year at Middlebury College. Four years later, in 1956, she entered Mount Saint Mary's Abbey in Wrentham, Massachusetts. She was prioress there for nine years, as well as vocations director, secretary to the abbess, and community cobbler. In 1986 she was elected abbess, serving the community in that capacity for twenty-two years. Since 2008, she has been happily living her Cistercian vocation once again as a simple sister.