Initiation into the Monastic Tradition 8 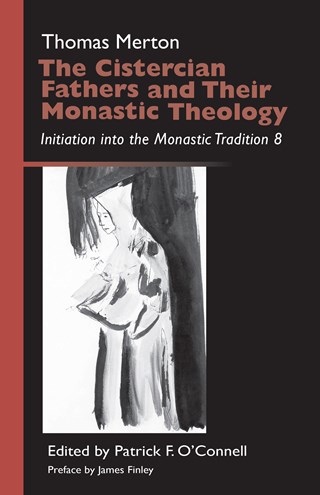 These conferences, presented by Thomas Merton to the novices at the Abbey of Gethsemani in 1963-1964, focus mainly on the life and writings of his great Cistercian predecessor, St. Bernard of Clairvaux (1090-1153). Guiding his students through Bernard's Marian sermons, his treatise On the Love of God, his controversy with Peter Abelard, and above all his great series of sermons on the Song of Songs, Merton reveals why Bernard was the major religious and cultural figure in Europe during the first half of the twelfth century and why he has remained one of the most influential spiritual theologians of Western Christianity from his own day until the present. As James Finley writes in his preface to this volume, "Merton is teaching us in these notes how to be grateful and amazed that the ancient wisdom that shimmers and shines in the eloquent and beautiful things that mystics say is now flowing in our sincere desire to learn from God how to find our way to God."

Patrick F. O'Connell is professor of English and theology at Gannon University in Erie, Pennsylvania. A founding member and former president of the International Thomas Merton Society, he edits The Merton Seasonal and he is coauthor of The Thomas Merton Encyclopedia. He has edited seven previous volumes of Thomas Merton's monastic conferences for the Monastic Wisdom Series, most recently Charter, Customs, and Constitutions of the Cistercians (2015), and he is also editor of Merton's Selected Essays (2013) and Early Essays: 1947-1952 (2015).

"Anticipating by a number of years the Second Vatican Council's call for religious orders to return to the wisdom of their founders, Merton's in-depth teaching notes, skillfully annotated by Patrick F. O'Connell, show us Merton's intimate knowledge of the works of St. Bernard, St. Aelred, and others, along with his giftedness as a teacher and an interpreter of this rich tradition."
Paul M. Pearson, Director, Thomas Merton Center

"I bowed my head surveying Merton's erudition, captured here in his careful reading of Saint Bernard, aligned with skills that deployed his scholarship as a spur to his students' contemplation. The energy he expended on preparing classes, while maintaining daily life as monk and writer, is extraordinary. No less impressive is the wildly capacious skill-set exhibited by Patrick O'Connell as he introduces and annotates Merton's `notes.' His expert summoning of the entire Merton corpus to bear on whatever Merton text he annotates astounds me. O'Connell wins first honors as the most agile transmitter of Merton's legacy. My admiring his accomplishment here and elsewhere defies adequate expression."
Jonathan Montaldo Co-editor of We Are Already One: Thomas Merton's Message of Hope

"This book allows the reader to follow Merton as he unpacks the wisdom of the Cistercian heritage. And even though it does require some effort the reward is more than worth the work."
Cistercian Studies Quarterly