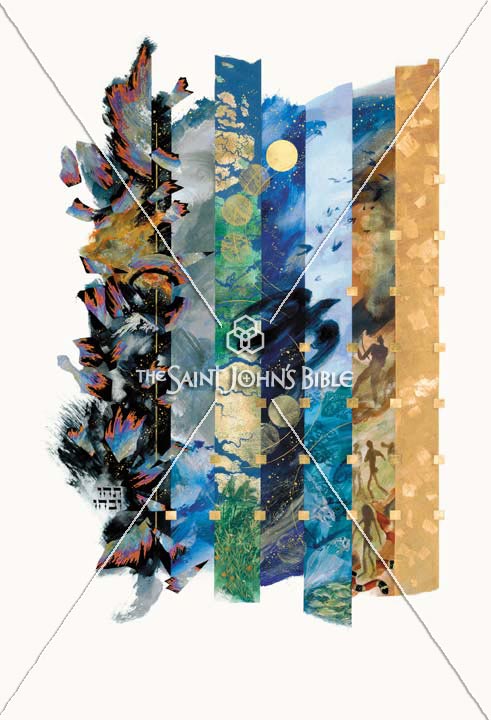 This opening illumination uses gold throughout to symbolize God's intervention in the chaos and his ordering of the universe and its elements. Hence the gold squares are applied geometrically, starting with day one and expanding progressively outwards and upwards in influence until reaching the serenity and simplicity of the Sabbath.

Day four refers to the sun and moon, with the implication of movement. Day five demonstrates the teeming mass of life within the oceans and birds in the sky. Notice the subtle presence of the snake.

Day six is the first sign of humankind upon earth and here Donald has drawn from early cave paintings in Nigeria. The figures at the bottom of the panel are men and women. The figure of the hunter holding a bow is a woman, set against a background of a volcanic eruption which emphasizes the dangerous and volatile nature of our earthly existence. Day seven is given over entirely to the contemplation of the creator.